The whirlwind romance between Kourtney Kardashian and Travis Barker is showing no signs of slowing down any time soon.

The pair were first romantically linked in January before making it Instagram official in February.

And now the rumour mill is in full flow that the pair are set to tie the knot with friends of the couple even asking about wedding planning one of Kourtney’s latest social media posts.

The eldest Kardashian sister, 42, has shared a consistent stream of PDA-filled posts since hooking up with the Blink 182 drummer.

And on a post of the pair kissing on holiday, longtime friend of the Kardashian clan Tracy Romulus wrote: “Can we start wedding planning yet? You guys are the cutest.”

And according to OK! magazine, if Travis was to propose, the Keeping Up With The Kardashians star is likely to opt a “timeless” engagement ring design similar to the huge cushion-cut sparkle that younger sister Kim was given by now ex-partner Kanye West.

Shannon Delany-Ron, the CMO of JamesAllen.com, told the publication: “Kourtney’s refined style would lend itself to something with classic, clean lines and a traditional centre diamond, like an emerald or round cut on a solitaire or pavé setting.”

An engagement would mark new territory for Kourtney as she has never been engaged.

She has three kids – Mason, 11, Penelope, 8, and six-year-old Reign – to Scott Disick before they called a day on their on-off nine-year relationship in 2015.

Scott admitted in 2017 that he nearly put a ring on it but the couple got “scared” and never spoke about it again.

Travis, however, has previously been married to Melissa Kennedy from 2001 to 2002. He was then wed to Shanna Moakler from 2004 to 2008 and the pair have two children together: daughter Alabama, 15, and son Landon, 17. 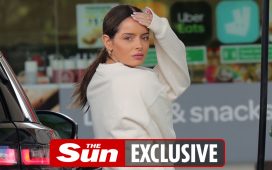 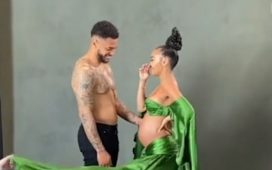 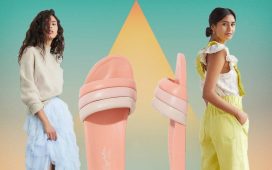 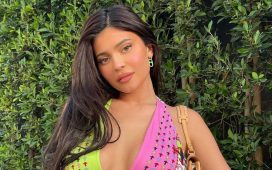 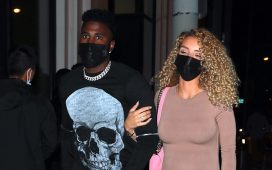