Kourtney Kardashian and Travis Barker are reportedly considering a ‘destination wedding’ as sources say the smitten couple would like to get married soon.

The happy couple are still on cloud nine after the Blink-182 drummer officially put a ring on it earlier this month, following a nine-month romance.

Now insiders have revealed that the pair would like to get ‘sooner rather than later’.

‘Kourtney and Travis have already started talking about wedding planning and they’re both so excited,’ a source told Entertainment Tonight. ‘Lately, they have been considering having a destination wedding that will be intimate and small. They are hoping to get married sooner than later.’

Time will tell exactly how soon the lovebirds decide to tie the knot as Kourtney might want to continue enjoying her first engagement.

Even though most fans were expecting a proposal to come soon, it’s been revealed that the mother-of-three was completely blindsided by her partner’s proposal.

A source told E! News: ‘It happened during the sunset at Rosewood Miramar. They had just got back from NYC and decided to do a day trip to Montecito. Kourtney thought it was going to be a casual day, as they always go to Rosewood, and she was totally thrown off.

‘She knew the second she walked down the steps and saw the huge floral arrangements, that it was happening.’

Travis reportedly ‘professed his love for her and thanked her for making him a better person’ before the Poosh founder said yes.

The musician had informed their family and friends of his plans beforehand, and they were waiting inside the hotel for a celebration dinner.

Cameras were also present for the dinner, so it’s expected the proposal will be featured on the Kardashians’ new Hulu reality show.

This will be Travis’s third marriage; he was briefly married to Melissa Kennedy before their split in 2002, and he was married to former Miss USA Shanna Moakler between 2004 and 2008.

They share two children, Landon, 18, and Alabama, 15, while Travis was also stepdad to Shanna’s daughter Atiana with her ex Oscar De La Hoya.

Meanwhile, this will be Kourtney’s first marriage and it’s her first engagement.

The reality star was with Scott Disick for nine years until their split in 2015, and they share three children – Mason, 11, Penelope, nine, and Reign, six.


MORE : Kim Kardashian says estranged husband Kanye West is still her business partner: ‘He has a piece of Skims himself’ 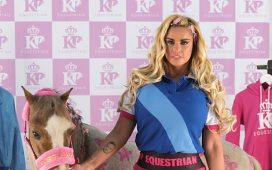 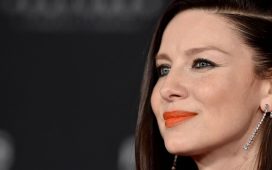 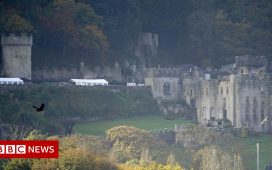