Kobe Bryant and his daughter Gianna’s memorial service is going to be live streamed on the internet.

NBA legend Kobe, 41, and daughter Gianna, 13, were among nine people who lost their lives in a tragic helicopter crash in foggy conditions over Calabasas, California last month.

The special tribute event named A Celebration of Life for Kobe and Gianna Bryant is taking place at the Staples Centre, in Los Angeles, today and TMZ sports will live stream the service as the demand to attend the memorial was unprecedented, the outlet reports.

The site states that 88,000 people applied for tickets within the first five hours of them being available but the venue only holds capacity for 20,000 people.

The Staples centre wrote about the event on their website: “The Celebration of Life for Kobe & Gianna Bryant will not be shown on any video screens or by any other means outside of STAPLES Center, including the L.A. LIVE video screens.

“There will also not be any overflow locations for members of the public to view the event, which will be shown live on most local Los Angeles television stations.

The cause of Kobe and his daughter Gianna’s passing has been confirmed by the LA County coroner’s office.

The Los Angeles County coroner’s office announced that all nine victims of the crash lost their lives to “blunt trauma”, with the deaths certified as an “accident”, according to Hollywood Life.

Another young player, Payton Chester, was also killed along with her mother Sarah Chester, and pilot Ara Zobayan.

The S-76B helicopter they were travelling in crashed after suffering a descent rate of 2,000 feet per minute.

Jennifer Homendy, a board member on the National Transportation Safety Board, described the accident as a “high energy impact crash” after the helicopter suffered a descent rate of 2,000 feet per minute.

Heavy fog blanketed Los Angeles on the morning of the accident – but the probable cause of the crash will not be confirmed until the NTSB release a final report into the incident, which may not be for another 12-18 months.

Kobe’s wife Vanessa, who was married to LA Lakers icon for 19 years, says she is determined to stay strong for the couple’s other three daughters Natalia, Bianka and Capri. 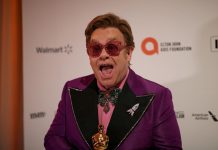