Jurgen Klopp has admitted Liverpool will not be particularly active in the summer as he revealed the club’s “first transfers” will be welcoming back their injured stars.

Liverpool were forced to structure deals for Diogo Jota and Thiago Alcantara last summer to keep their initial outlay to a minimum amid the financial implications of the pandemic.

This summer doesn’t look to be much different for the Reds, particularly while their Champions League hopes still hang in the balance.

Klopp has already stated he wants his squad to stay in tact and regroup to fix their problems next season, and conceded the club would be doing “not a lot” in terms of new signings.

“It’s always how it is. It depends on the business, if somebody wants to leave, if players want to go, if we sell, that’s why we can never really plan early,” he said at a press conference on Wednesday.

“Not playing in the Champions League doesn’t help, obviously, but it’s not our biggest problem, because the market will be really strange.

“I hear a lot about big, big-money moves. I don’t know if Kylian Mbappe is going or not, [Erling] Haaland, [Jadon] Sancho, these kinds of things.

“I don’t see that happening a lot this summer because the football world is still not in the same place as it was before.

“Getting the [injured] players back makes us better already, definitely. That’s how it is. These are our first transfers.

“We don’t know exactly when that will happen, but it will happen at one point, and all the rest we have to see.”

Liverpool have been continually linked with both Mbappe and Sancho, and were believed to have held talks with Haaland’s agent Mino Raiola and father Alfe-Inge over a prospective future transfer.

Any such deals would go against Liverpool’s preferred model of signing players who represent value and turning them into superstars, and Klopp feels the ongoing furore over big fees are at odds with suggestions the game can tame its unsustainable free-spending ways.

“A year ago people didn’t know how football will go on,” he explained. “So only a one year on and we speak about what we can do in the transfer window! And they talk about changing the football structure completely – like the German model.

“I can tell you the budget will go down massively so having more say in the club’s decisions, changing the owner model, and then signing in the same moment Haaland for £150m – that doesn’t work together.”

Liverpool now face four matches to save their season and give Klopp’s transfer kitty a much-needed boost by securing a top four spot.

Anything less than maximum points from their fixtures against Man Utd, West Brom Burnley and Crystal Palace would make it difficult for Klopp’s men to finish above Chelsea or Leicester though, and he is realistic about what failure will mean for the club’s summer business.

“If we don’t go to the Champions League, it’s not good,” he added.

“But first and foremost, there’s still a chance, and as long as we have a chance we not should speak about it as if we have no chance. If not, then we have to deal with that.” 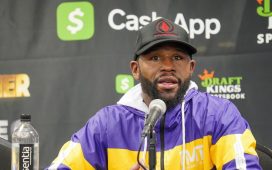 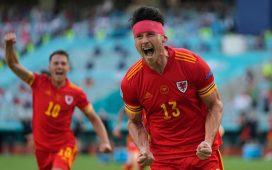 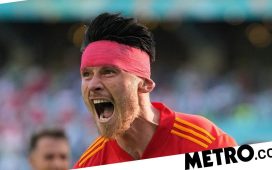 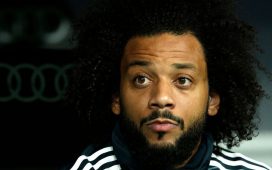