It was a history-making win for Liverpool, one which confirms their place alongside the greatest teams that Anfield has ever witnessed.

Yet of all the many qualities this remarkable, record-breaking team has displayed over the past two years, only one was truly evident in a victory over West Ham which owed far more to perspiration than inspiration.

It was all about belief. “Mentality”, as their manager Jurgen Klopp puts it.

They have now gone 63 matches in the Premier League without defeat on their own turf, equalling the best in the club’s glittering history.

And that shows, above all else, they always find a way.

For Klopp though, it was a bitter-sweet moment.

He admires the spirit of his side above all else. Loves their fight. Yet he is frustrated – and disappointed – that the so-called best league in the world simply doesn’t have the conditions to serve up breath-taking football at present.

Not just his team. All teams.

“It’s not possible to see us be brilliant at the moment. We just have to dig in, and we did that, and I’m so, so happy,” he explained.

It is not just Liverpool who feel that, he said. The other Premier League managers feel they are being forced to produce a sub-standard product.

“I spoke before the game to David Moyes about it, because you can only fight when your body is ready,” Klopp explained.

“It’s an incredibly difficult time – in the outside world, 100 per cent, and for the boys as well. Really demanding with the number of games.

“So we have to find a way to help the boys and to keep a certain quality. That is for everyone, not just us.”

For Klopp, there is an answer, if only the Premier League would consider the health and wellbeing of the players.

“If we were allowed five subs, it would have helped West Ham as much as us. It doesn’t help one team, it helps the players, because they are the ones at risk,” he added.

“But we don’t have that. So we have to try everything to win football games. It’s not about shining, or flying, or whatever, it’s about hard work.

“Seeing the determination and desire of the boys, the will to play football, to deal with setbacks is really exceptional.

“Football is always about finding the right way, and tonight the boys found it again.”

Klopp has a valid point. The seven teams in Europe are looking very ordinary right now, and inconsistent too.

That may make the Premier League more exciting, but it also dramatically affects the quality of the game.

Yet what sets Liverpool apart is their ability to keep finding answers, even when – as here – they looked out on their feet. The number of late goals they score is remarkable.

Will Liverpool win the title this season? Have your say below.

Here it was the one piece of true quality in the game, as Xherdan Shaqiri produced a stunning ball for Diogo Jota to score in his third consecutive game…in one week.

It says it all about the fixture, but also about those now famous “mentality monsters”.

“You know yourself we have this fight. It is the basis for all that we do and did is the character of this group.

“I cannot convince them to fight if they are not fighters, that’s not possible. I cannot put all that desire into a game if they don’t have it. They have it.”

That mentality deserves to earn them a place in Anfield legend. 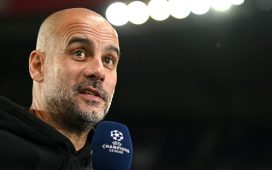 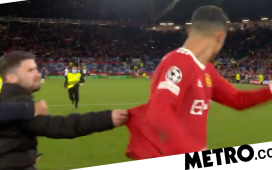 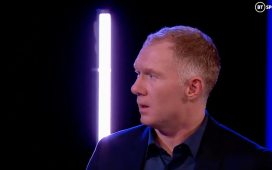 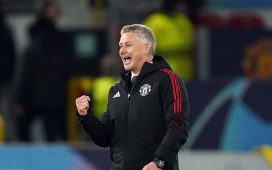 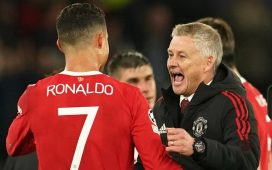