Kim Kardashian’s imminent divorce from Kanye West is thought to have been prompted by Kris Jenner, after the rapper’s outbursts could ‘not be forgiven’.

The 40-year-old Keeping Up With The Kardashians star is thought to have had enough of Kanye’s outbursts and mindset.

Kanye has been staying at his $14 million ranch in Wyoming and has reportedly said that he has “no plans” to return to Kim in Los Angeles.

The 43-year-old rapper targeted his wife and KUWTK ‘momager’ Kris in a Twitter rant a couple of months ago and sources have said that this was the final straw for the head of the Kardashian family.

The couple are thought to have ‘gone to war’ over their $1.6 billion fortune after Kim reportedly instructed a lawyer to thrash out the details of their split.

Kim has been living a separate life from Kanye, as she stays at their £45million Calabasas mansion with their children – daughter North, seven, and sons Saint, five, Chicago, two and Psalm, one.

Kris has now reportedly told Kim to “put herself first” and serve divorce papers on Kanye.

A source told The Sun: “Kim has been meeting with her divorce lawyer in secret for months.

“And over the holidays, Kris told Kim the situation could not drag on any longer, so Kim has officially moved to end things.”

Kris is famously protective of the KarJenner ‘family brand’ and the source said that she feels Kanye is “out of control” and “bad” for the family.

She also “can’t bear seeing how unhappy Kim is.”

“Kris has been tugging on her daughter’s heartstrings to persuade her to do the right thing, which is to kick Kanye to the curb. He had outlived his usefulness and it’s time he was cut loose.”

The couple had reportedly found the first national lockdown a trial on their marriage and it was thought they were “at each other’s throats” while living together during this time.

Another source told the publication: “Over the past six months, aside from marriage counselling sessions, they have barely spent any time as a married couple and have been growing apart.”

Kanye has been very vocal on Twitter around the presidential election in November, as he looked to run for office and this has been a big decider on Kim wanting out,

The source added: “She no longer wants to be listening to his rants about fashion or agonising over what outfit to wear with him.

“Kim desperately wanted to help Kanye, but it was impossible for the marriage to recover after he insulted her mum and brought up the abortion.

“She hates that North will read that one day.” 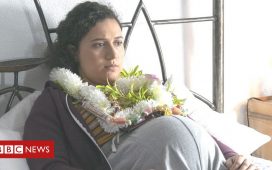 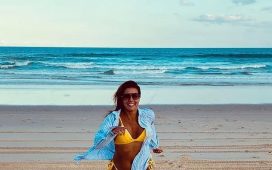 Lauren Phillips has a Baywatch moment in yellow bikini 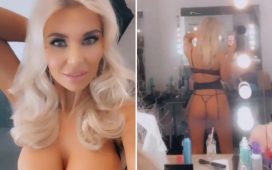 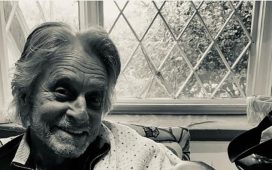 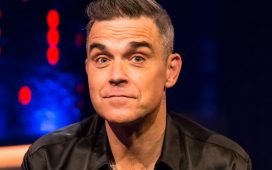 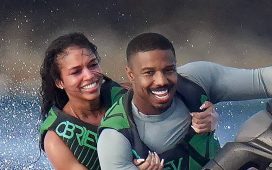