Kim Kardashian posted a family photo as she stayed quiet on rumours of Kanye West divorce.

It’s claimed the reality queen, 40, will get a divorce from her husband after six years and four children.

The mum-of-four has yet to say anything publicly on the rumours swirling in the showbiz world.

However, Kim did post a photograph of her sister Kourtney twinning with her daughter North.

Both Kourt and North wore their hair slicked back to reveal their pretty facial features.

As family, it’s no wonder the aunt and her niece have striking similarities in their looks.

The Instagram star has still been giving her 198million fans a glimpse into her daily life including her gruelling gym sessions.

It comes after claims Kim and Kanye’s marriage was over for good.

Kim was believed to have hired help from celeb divorce lawyer Laura Wasser, according to Page Six.

It’s was reported Kim slipped off her wedding ring while Kanye remains at his ranch in Wyoming with no plans to reunite with his wife.

A source has told them: “They are keeping it low-key but they are done. Kim has hired Laura Wasser and they are in settlement talks.”

READ  Banksy: How Love is in the Bin's shredding did not go to plan

Their marriage was said to be on the rocks after Kanye had an emotional outburst at a presidential rally where he claimed “I almost killed my daughter”.

The rapper’s outpouring revealed the intimate heartbreaking conversation he had with Kim years ago about aborting their daughter North.

Then Kanye spiralled into a Twitter firestorm claiming his wife was trying to “lock me up” and had wanted a divorce for two years.

Kim stood by her “brilliant yet complicated” husband.

Instead, she asked fans to have compassion for because of his bipolar episodes sparking a public apology from Kanye. 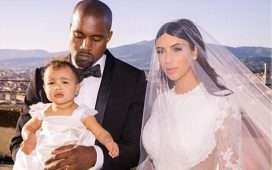