The Kardashian-Jenner clan are set to present at the Primetime Emmy Awards next Sunday.

Superstar middle-sister Kim will join half-sisters Kendall and Kylie Jenner to hand out an award for the biggest night in TV.

It has yet-to-be-announced which category they’ll introduce. 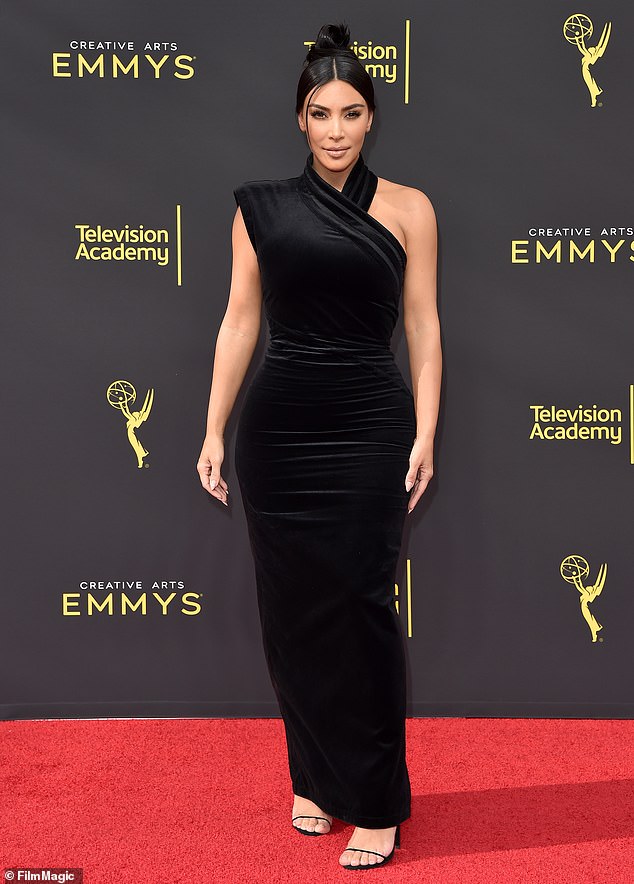 Taking the stage: Kim Kardashian will present an Emmy award alongside sisters Kylie and Kendall during the Primetime ceremony next Sunday

This past weekend Kim got a head start on Emmy action when she appeared at the Creative Arts Emmy Awards, which celebrates achievements in the technical crafts.

While the Kardashian-Jenner family are being welcomed into the fold, their family show Keeping Up With The Kardashians has never had the honor of an Emmy nomination.

TBD: It has yet-to-be-announced which category they’ll introduce

The presenting talent isn’t limited to the trio of reality beauties.

It will be a happy reunion for the close cast, as the awards juggernaut celebrated its series finale back in May.

The vast cast of Game Of Thrones is also set to take the stage. 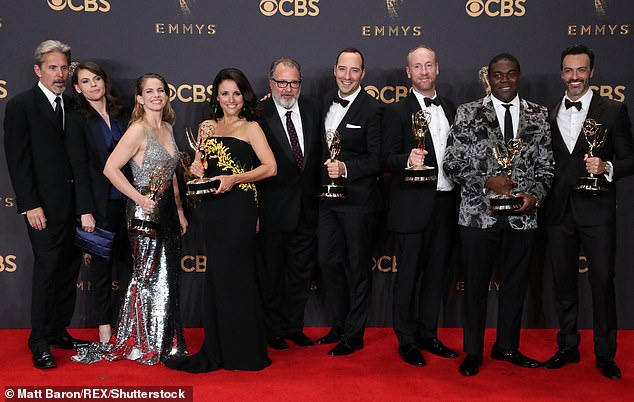 Teamwork! The cast of Veep (seen above after the 2017 Emmys) is also set to present 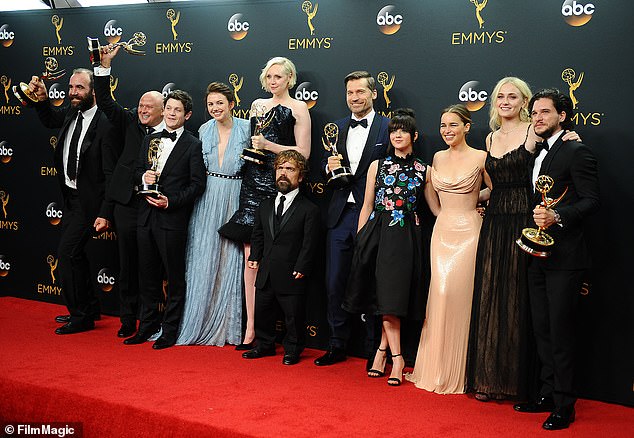 Last hurrah! The vast cast of Game Of Thrones (above in 2016) is also set to take the stage

Adding to the list of presenters: Anthony Anderson of Black-ish, Ike Barinholtz of Bless The Harts, Cedric the Entertainer and Max Greenfield of The Neighborhood, Bill Hader of Barry, Gwyneth Paltrow of The Politician, and Amy Poehler of Duncanville.

Additionally Trophies will be handed out by Maya Rudolph for The Good Place, RuPaul of his eponymous Drag Race, late night newcomer Lilly Singh of A Little Late with Lilly Singh, Ben Stiller – the creator and star of Escape at Dannemora and Phoebe Waller-Bridge Fleabag of Fleabag.

The 71st Emmy Awards will air live from the Microsoft Theater in Los Angeles on Sunday, September 22 at 8 pm ET on Fox.

Brigitte Nielsen pushes daughter Frida, one, on a tricycle during sunny family outing

Tony Hall: The BBC should have roots across the nation