Kim Jong-un has condemned a US offer of dialogue as a “facade”, state media reported, but said he had ordered officials to restore communication lines with South Korea to “promote peace”.

Speaking in parliament on Wednesday, the North Korean leader accused the US of continuing a “hostile policy” against his nuclear-armed country, despite the Biden administration’s offers of negotiations without preconditions.

Talks between Pyongyang and Washington have been at a standstill since the collapse of the February 2019 Hanoi summit between Kim and then-president Donald Trump over what the North would be willing to give up in return for sanctions relief.

Under Joe Biden, the US has repeatedly offered to meet North Korean representatives anywhere, at any time, without preconditions, while saying it will pursue denuclearisation.

But Kim condemned the declarations as “nothing more than a facade to mask their deception and hostile acts and an extension of hostile policy from past administrations”, the official Rodong Sinmun newspaper reported.

Kim also said South Korea “still follows the US,” and that “mutual respect must be guaranteed and unfair views and double standards attitude dropped” before the countries could declare an official end to the 1950-53 Korean war, which ended with a truce but not a peace treaty.

Nonetheless, he expressed a willingness to restore North-South telephone and fax lines in early October, while urging Seoul to abandon its “double-dealing attitude” and “hostile viewpoint”. Inter-Korean relations, he said, were at a “crossroads of serious choices” between reconciliation and a “vicious cycle of confrontation”.

Kim’s comments are an apparent effort to drive a wedge between Seoul and Washington as he wants South Korea to help him win relief from crippling US-led economic sanctions and other concessions.

Under the Biden administration, “the US military threat and hostile policy against us have not changed at all but have become more cunning”, he said in a lengthy address to the Supreme People’s Assembly, the North’s one-party parliament.

The United States said Wednesday it bears “no hostile intent” towards North Korea and remains open to the idea of negotiations.

“We hope the DPRK will respond positively to our outreach,” a State Department spokesperson said, adding that Washington supports “inter-Korean cooperation” as aiding stability on the peninsula.

North Korea has been largely biding its time in recent months as it assessed the Biden government and focused on domestic issues.

Kim’s influential sister, Kim Yo-jong, was appointed to the country’s top government body, amid a raft of changes approved by the Supreme People’s Assembly. Her official rank has risen and fallen over time, but her new position on the State Affairs Commission is by far the most senior post she has held.

Nine members of the commission were dismissed, including one of its vice-presidents, Pak Pong-ju, and diplomat Choe Son-hui, a rare senior woman in the North’s hierarchy who has played a key role in negotiations with the United States.

North Korea has been behind a rigid self-imposed blockade since early last year to protect itself from the coronavirus pandemic, with the economy suffering as a result and trade with key partner China dwindling to a trickle.

Kim’s speech was the latest in a series of actions with international ramifications this month.

This week, it tested what it said was a hypersonic gliding missile, and earlier this month announced it had successfully fired a long-range cruise missile, after holding a scaled-down military parade.

The North’s nuclear weapons and ballistic missile programmes are banned under UN Security Council resolutions, and it is subject to multiple international sanctions as a result.

The UN security council will hold an emergency meeting Thursday on North Korea, at the request of the US, France and the United Kingdom, diplomatic sources told AFP Wednesday.

North Korea has not shown any willingness to give up its arsenal, which it says it needs to defend itself against a US invasion.

At the UN general assembly this month, the South Korean president, Moon Jae-in, repeated his call for a formal declaration of the end of the Korean war.

Seoul is also spending billions on military development as both Koreas build up their weapons capabilities in what could become an arms race on the peninsula, with ramifications for neighbouring Japan, China and the wider region.

This month, the South successfully test-fired a submarine-launched ballistic missile (SLBM) for the first time, making it one of a handful of nations with the advanced technology, and this week, it held a ceremony to launch its third submarine capable of carrying SLBMs. 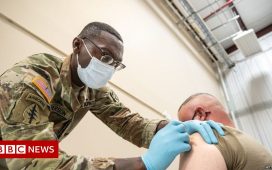 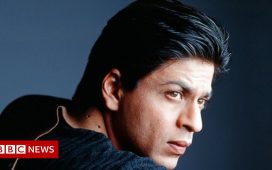 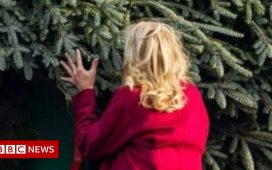