Killing of Iranian nuclear scientist has region, world leaders on edge over potential retaliation from Iran


Less than three days after top Iranian scientist Mohsen Fakhrizadeh was slain in a daytime military-like ambush in Tehran, he was laid to rest in the courtyard of the country’s Imamzadeh Saleh mosque.

Despite his death, the debate over Iran’s nuclear program is far from over.

Officials in the Islamic Republic were quick to blame the killing – said to have been caused by “electronic devices” – on Israel, with President Hassan Rouhani proclaiming that “this brutal assassination shows that our enemies are passing through anxious weeks, weeks that they feel their pressure era is coming to an end and the global conditions are changing.”

Rouhani vowed that Tehran would retaliate “at the right time.”

When, how and if such a reprisal could occur has world leaders – and critical players in the region – on edge.

“The calculation is that the Iranians are unlikely to respond now because they want to preserve the option for future talks due to the economic problems of the country,” Jason Brodsky, the policy director for United Against a Nuclear Iran (UNAI), told Fox News. “Nevertheless, the assassination could impact the political debate in Iran in the near-term, further weakening Rouhani’s already eroded domestic political standing.”

Israel’s Foreign Ministry has urged its diplomatic delegations around the globe to exercise “the highest level of readiness and awareness of any irregular activity” around missions and Jewish community centers.

The Pentagon acknowledged it shifted an aircraft carrier to the area in advance of the attack but has said the decision was unrelated. It is not known if the U.S. government had prior warning of the attack on Fakhrizadeh.

Other Iranian lawmakers have proposed expelling U.N nuclear inspectors from the country in reaction to the scientist’s death.

Israel has declined to comment on the incident and claim any responsibility, but as multiple security analysts and the history books highlight, the attack follows a pattern of similar Mossad attacks on high-ranking operatives in the Iranian nuclear program.

According to one well-placed source connected to the White House, who spoke on the condition of anonymity, there is a deep sense of uncertainty emanating from Israel – and Iran’s other formidable enemy Saudi Arabia – over the incoming Biden administration and the high potential it will endeavor to re-enter the controversial 2015 Obama-era Iran nuclear deal.

The Trump administration, too, is believed to be profoundly concerned about the dismantling of the president’s “maximum pressure” campaign against Iran.

“Israel is opposed to the 2015 Iran nuclear framework deal, abandoned by Trump, and its restoration under the incoming Biden administration. Accordingly, this was a pre-emptive strike at the heart of the Iranian nuclear weapon’s program and its chief architect,” said John Wood, a defense and nuclear analyst. “There is no doubt that the attack will slow down Iran’s nuclear weapons program, but it will not end it.”

“Going forward, the Iran matter is likely to be something that is going to very much be handled by the intelligence agencies. It is about going back to the old Moscow set of rules after 20 years of focusing on counterterrorism,” explained the insider. “There is a shifting back to the Cold War mentality.”

Under those rules, you hit one of ours and we will hit one of yours back, the source explained, stressing that this probably isn’t a case where missiles will be launched, but that Iran will likely be “checking its list” for an appropriate target in Israel.

Nonetheless, Tehran will have to weigh its clashing interests – how hard to strike back and how much that could damage hopes of repairing ties with a new U.S. leadership as its economy crumbles under the weight of sanctions.

Likewise, the Biden team may find patching up the threads of diplomacy with Tehran more challenging than expected.

“(This) may lead to a more honest and realistic assessment of the size and nature of Iran’s nuclear weapon program,” Wood added, “as well as act as the basis for a meaningful negotiation with Iran on its abandonment.” 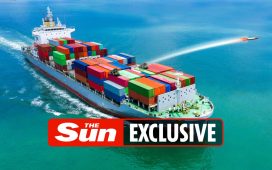 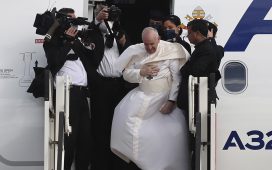 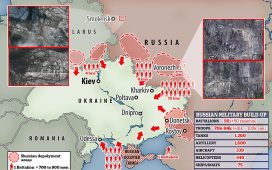 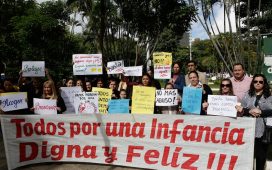