Desperate calls are being made to help one million kids in poverty who have no laptop or internet access at home.

Parents have been going without food to pay for internet use, fearing their child is falling behind, a school boss has revealed.

Charities, head teachers and councils are asking the Government to give more help.

Internet providers are being urged to waive fees and data caps for disadvantaged families.

Linda Heiden, boss of voluntary group Lambeth TechAid in South London, said the Government’s provision of laptops is “a joke”.

How well do you think the government has handled schools? Share your views in the comments below…

She called the problems a “national scandal” and described the demand for laptops and wi-fi access as “overwhelming”.

Ms Heiden said: “I’m outraged the Government hasn’t done more. We’ve had a whole year, it’s been obvious this is coming. Their promises have amounted to nothing.

“We are letting this whole generation down. Parents and children are despairing. They are stuck at home without access.”

The Department for Education insists schools are “well prepared to deliver remote education”, with 560,000 laptops and tablets given to schools last year and a further 100,000 this week.

Greenwood Academies Trust, with 37 schools in the Midlands and the east of England, received laptops from the Government, but chief executive Wayne Norrie said they need more help as a third of their 18,000 pupils are without laptops.

He added: “Many parents don’t have broadband contracts. They are on zero-hours contracts and don’t have good enough credit.

“A lot of our children are in small houses with multiple children and there isn’t the space to work.

“Our families are getting poorer and the stress and the pressure our families are under is increasing. Some of our parents have gone without food to help their children.

“One of the parents had to decide if she was going to eat or get some data to help her children.

“We stepped in once we realised what was happening.”

Imran Hussain, director of policy and campaigns at Action For Children, said the third national lockdown “risks causing irreparable damage to the life chances” of hundreds of thousands of children.

He added: “The added costs of home learning, including laptops and internet access, were one of the main reasons families needed crisis grants from us last year.”

Ofcom figures suggest between 1.14 million and 1.78 million children in the UK (9%) do not have home access to a laptop, desktop or tablet.

On Tuesday there was growing pressure on tech firms to provide more free data for disadvantaged kids.

“Everybody needs to try and make this work, and that includes the companies that can take away the charging for data.”

He later praised mobile network Three after it announced it will give free unlimited data to disadvantaged kids in England. BT works with the DfE on a scheme that provides poor children with extra mobile data each month.

The BBC has ann­ou­n­ced it will provide the “biggest education offer in its history”.

From Monday, CBBC will provide three hours of primary school programming, while BBC2 will support GCSE pupils through at least two hours of programming each weekday.

Pupils in England will not be asked to sit GCSE and A-levels this summer, the DfE has announced.

Children are now waiting to hear how they will be assessed. The Government wants to avoid a repeat of last year’s exams fiasco which shattered the hopes of thousands of kids.

Education Secretary Gavin Williamson is today due to set out proposals being considered by exams regulator Ofqual. He is also expected to reveal measures to support pupils.

He tweeted last night: “We’re delivering 1m laptops + tablets to those who need them the most.”

Hapless Mr Williamson said last month he could “absolutely” guarantee that exams would go ahead. 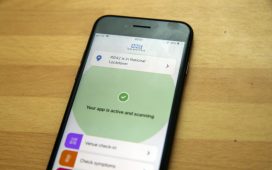 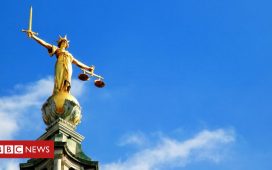 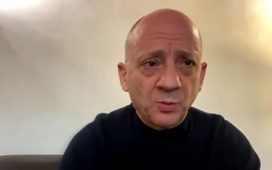 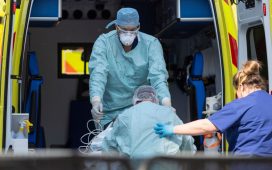 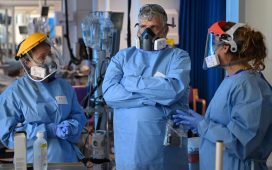 How the pandemic got so bad – from lockdown delay, to care home crisis