On Friday, the Keeping Up with the Kardashian star posted a series of new snaps looking barely recongizable, as she complained about the October heat wave in Los Angeles, California.

‘Man this heat wave is intense!! Isn’t it October???’ The 36-year-old captioned the post, which saw her showing off her incredible figure in a graphic-print corset top, and a pair of skintight latex trousers. 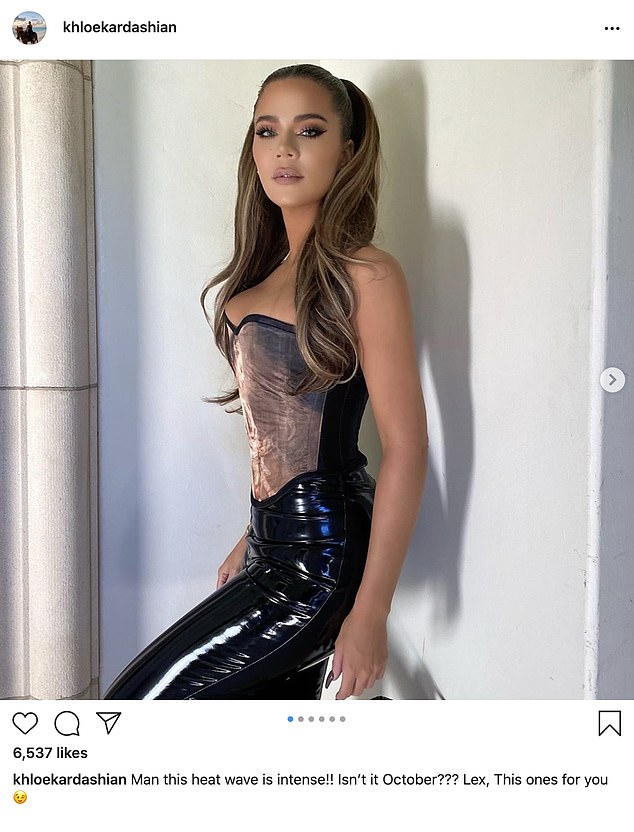 Wow: Khloe Kardashian looked noticeably different on Friday, as she showed off her tiny waist in a pair of latex trousers while complaining about the Los Angeles heatwave

However, fans were quick to comment about the star’s unrecognizable visage, with one user writing underneath the picture: ‘She looks different every week!’

‘What in the Ariana Grande is this,’ another fan wrote, while another said: ‘Girl stop that is not you’ and ‘Where is Khloe?!’

It appeared that Khloe was trawling through the comments herself, as she took the time to reply to one fan. After one user wrote ‘Money spent well’ under the picture, Khloe hit back ‘the shade of it all’ alongside three crying-laughing emojis. 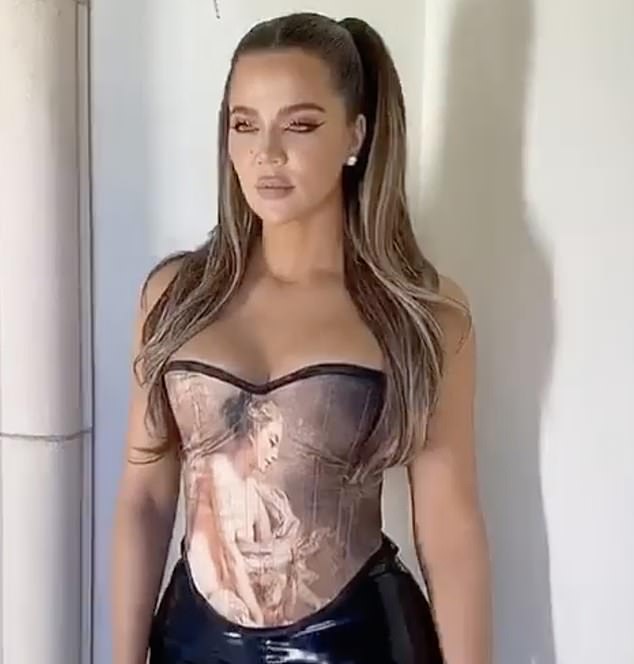 Changing looks: The Keeping Up with the Kardashian star looked stunning in the slew of new pictures 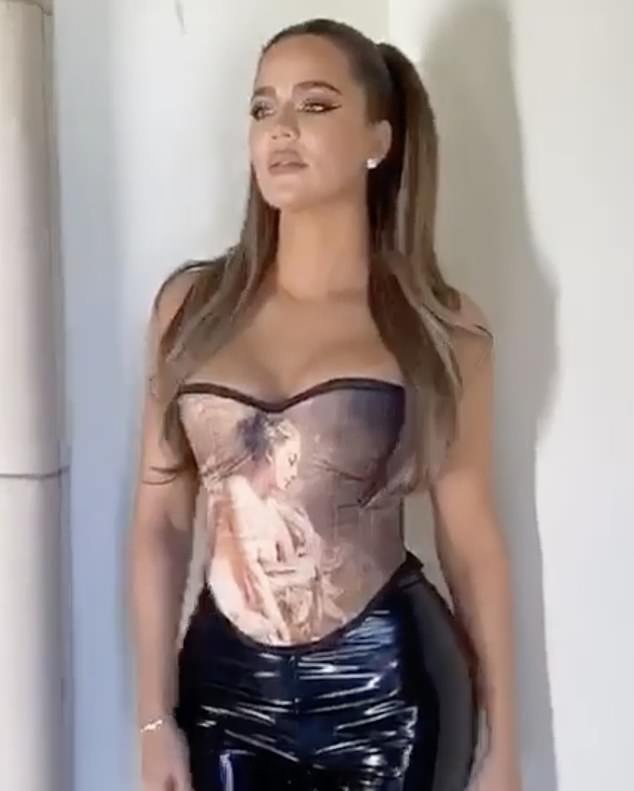 Khloe, is that you? The reality star’s overall look was comparable to actress Kate Beckinsale 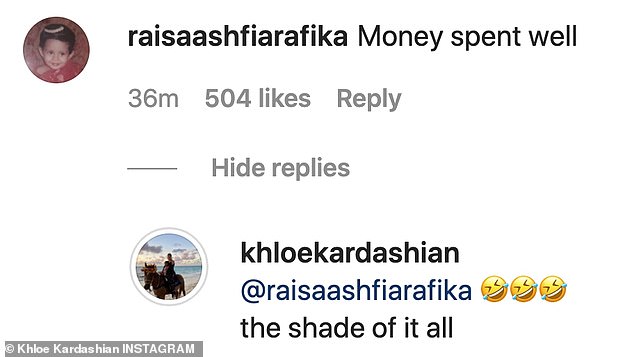 Hitting back: Khloe was quick to respond to a fan comment that claimed she had spent money on her appearance

Concern: Some fans expressed worry about her ever changing looks

Becoming a thing: Fans commented that they are getting used to seeing her different appearance

However, many other fans praised the star for looking ‘stunning.’

Producer Elaine Thomas told the star, ‘You are GORGEOUS!’ to which she replied, ‘awww I love you.’ 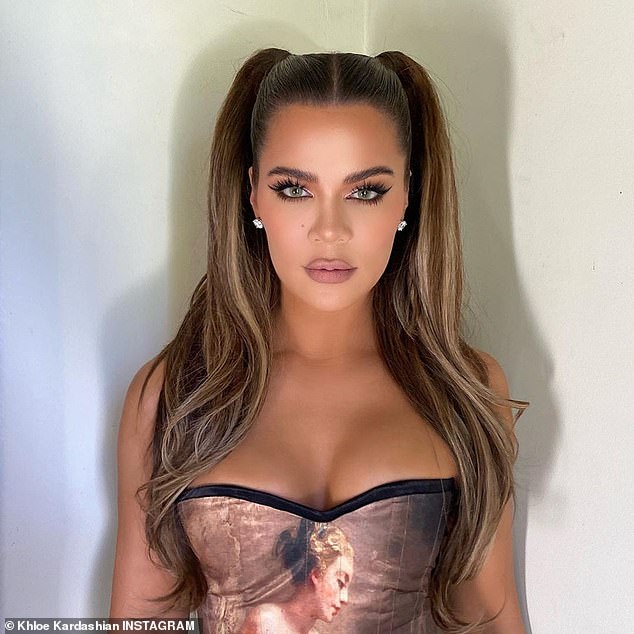 Ready for her close-up: The mother-of-one struck a series of sultry poses 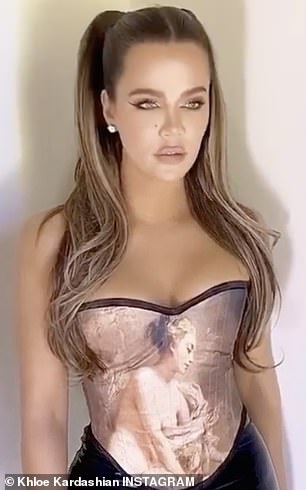 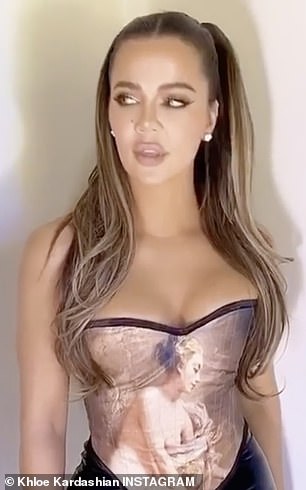 Striking a pose: Despite the heatwave, Khloe clearly felt in the mood to show off

Khloe later took to Twitter to address some of the backlash from the photos, writing: I’ll never understand how bored or unhappy some people can be. I am someone who would never comment something unless it’s positive.’

‘I believe in uplifting and complimenting one another. Who has the time chiiiillllldddd?! Time is precious boo. I’m spending it on happy things.’

She added: With that being said, I love you guys!! I truly wish you all things beautiful in this world because there still is so much beauty. You just have to look through the BS but it’s there.’ 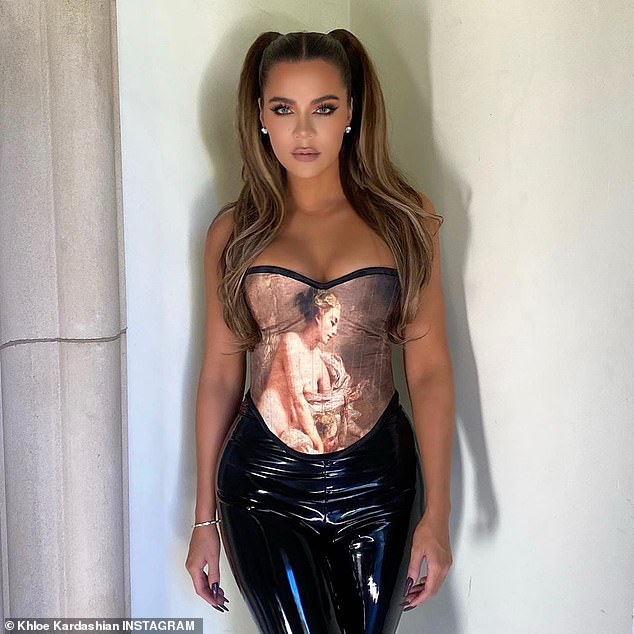 Backed into a corner: Khloe has continually faced questions from fans over her looks 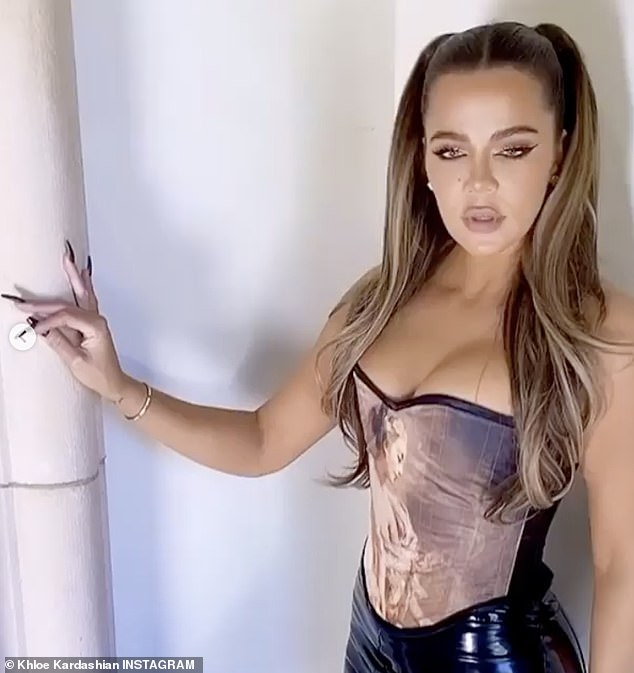 Trim: The star is known for her punishing work outs and looked stunning in the pictures

Khloe has previously been accused of using altering apps such as FaceTune in some posts, as Khloe has been seen in similar clothes while looking completely different in scenes from KUWTK.

However, she has previously laughed off any criticism, and even joked earlier this year that she had undergone a ‘face transplant’ in an apparent bid to troll fans.

In a June report by UsWeekly a source told the outlet she’s not losing any sleep over the debate either. 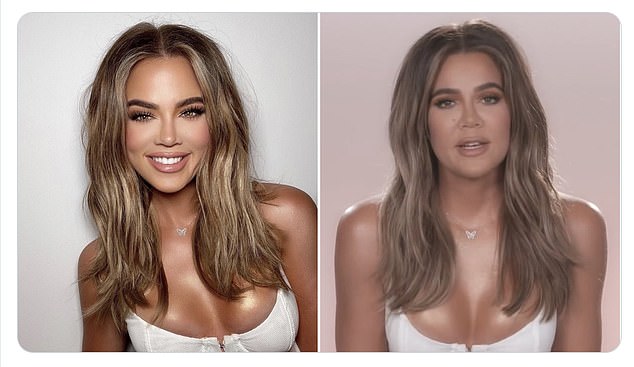 Caught out: Last month eagle-eyed fans of Keeping Up with the Kardashian revealed how Khloe appeared to have heavily Photoshopped a selfie 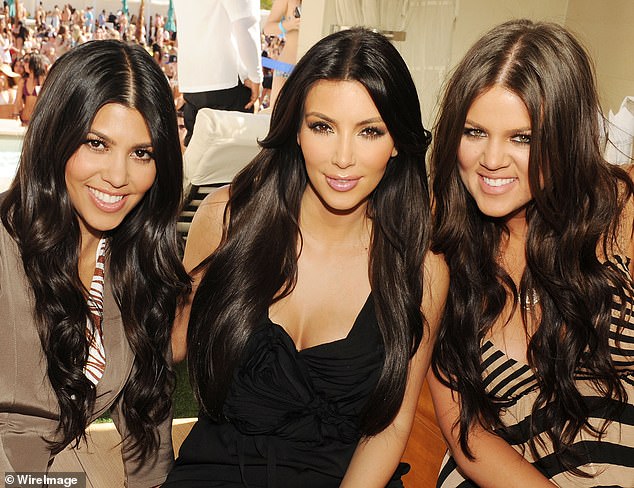 Evolution: Khloe with her sisters Kourtney and Kim at an event in Las Vegas in 2010

‘Khloe doesn’t care about the backlash she’s been getting from fans saying she doesn’t look like herself in her recent photos,’ an insider revealed.

‘She thinks she looks great,’ the insider adds. ‘And actually [she] does not care what people think as long as she’s happy.’

Earlier this week, Khloe was unveiled as the new face of Ipsy, causing controversy as fans said they wanted a brand ambassador that doesn’t change their looks. 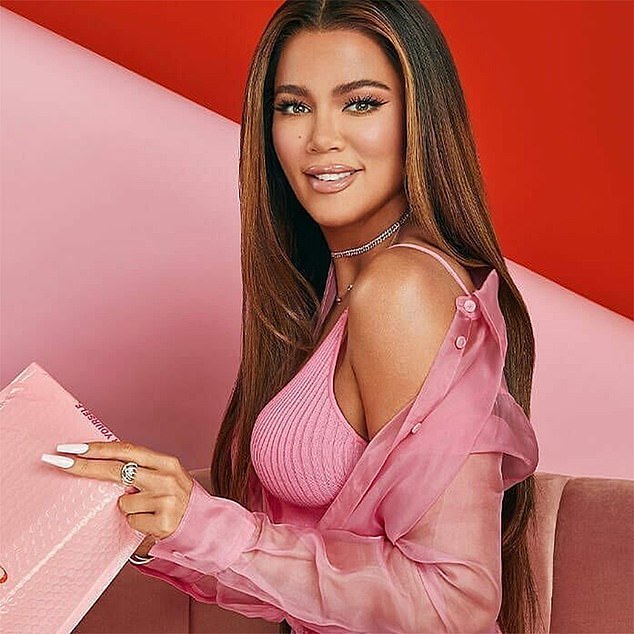 Mixed response: While some customers fond of the reality star welcomed the news, many expressed their disappointment with the choice 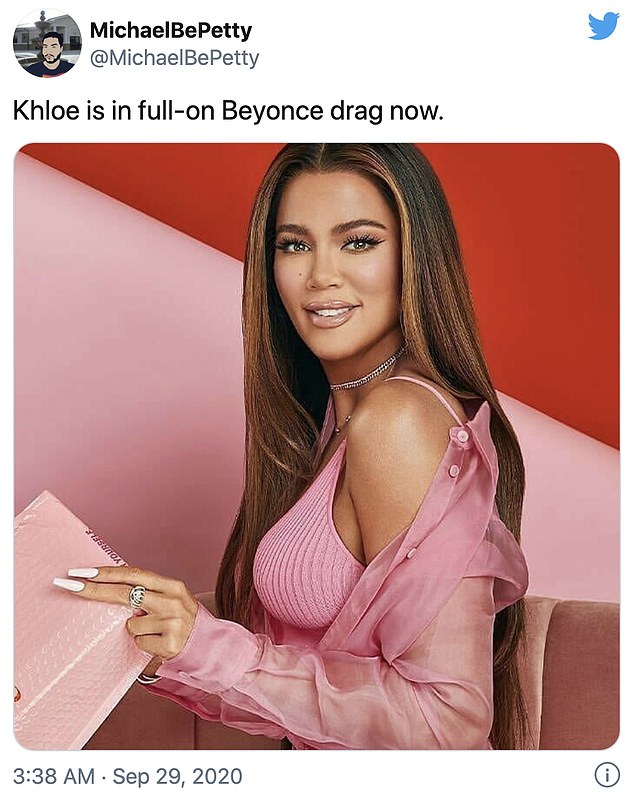 Khloe is that you? One of the promotional snaps for Khloe’s new gig drew comparisons to Beyonce 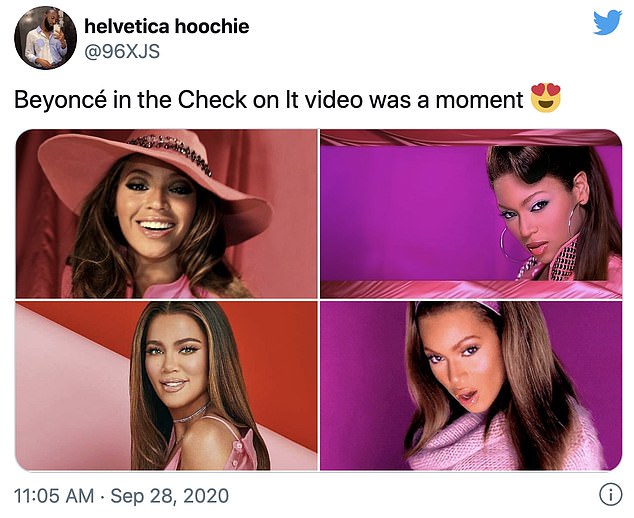 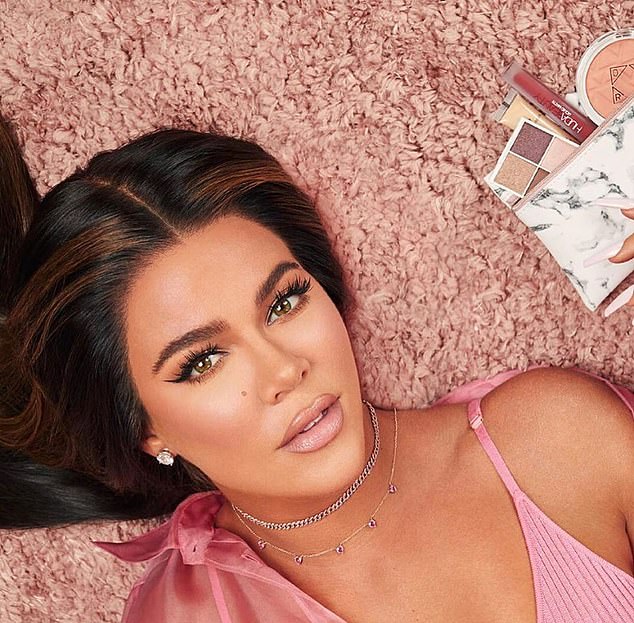 Real? Khloe, 36, has been accused of editing her photos on social media to the point of being unrecognizable

Ipsy announced the news on their Facebook page on Monday evening, writing: ‘Meet our newest brand partner Khloé Kardashian! Here’s everything you need to know about her passion for beauty’

The company shared a link to their blog with a lengthy description of Khloe’s love for beauty products and list of must-have cosmetic items.

The post quickly garnered dozens of comments from customers, many of them negative. 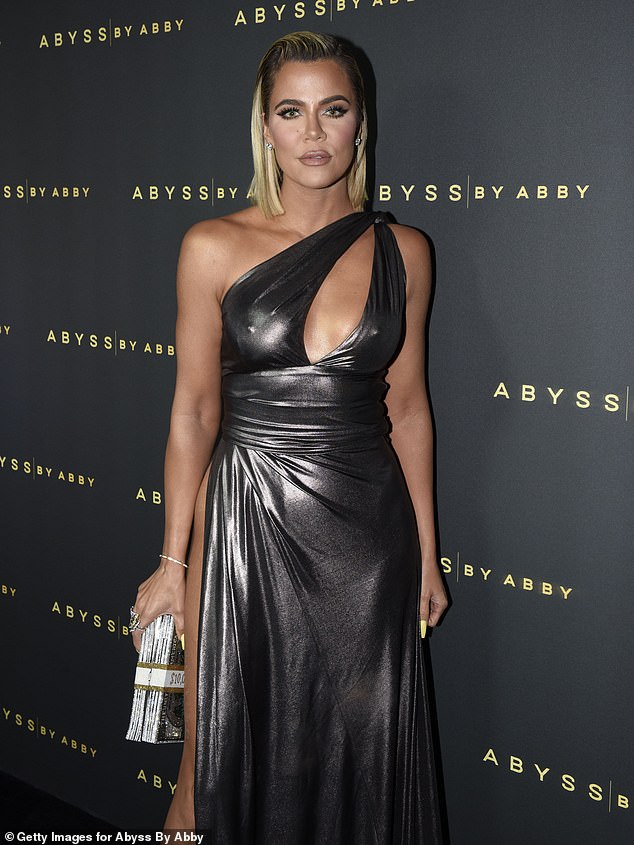 Red carpet glam: The TV personality is seen here at an event in LA in January