As a schoolboy, Kevin Brogan spent a lot of time busking with his pals.

But we will never know if he would have made it onto Britain’s Got Talent because the 20-year-old jockey is now impressing plenty of smart judges in the saddle.

Since arriving from Ireland in August, he has been riding for the biggest names in the game – JP McManus, Paul Nicholls and his boss Jonjo O’Neill.

One of the top ten conditional jockeys this season on current standings, Brogan has signalled his ability for top honours.

He became captivated by the sport while attending Punchestown races as a child.

“I remember seeing the jockeys, the speed, the lot.

“I thought it looked classy and that I would love to do that some day. It looked unbelievable.”

From County Kildare, Brogan decided to follow his dream and enrolled in the Racing Academy and Centre of Education near the Curragh.

“I started at RACE when I was 16 and absolutely loved it,” he said.

“There were former jockeys like Barry Walsh and Paddy Flood, who rode back in the day there.

“They loved it if you wanted to improve yourself. They would help you no matter what.”

Two years were also spent with Gordon Elliott, who gave Brogan his first win, on Askari at Navan in December 2018.

“You don’t forget those moments.”

When Brogan spotted an advert on Facebook from Jonjo O’Neill for a conditional jockey’s job, it was the perfect opportunity.

“There was never really a drive to go to Britain until I saw that advert,” he said.

“I just thought I might never get an opportunity like it again. I’m absolutely delighted I did it.”

Brogan has now partnered 16 winners from 74 rides this season, the biggest of them on McManus’
four-time Grade 1 winner Unowhatimeanharry in a handicap hurdle at Aintree in November.

It came just a month after his first success in England, aboard the O’Neill-trained Tegerek at Cheltenham.

Looking to the future, he said: “I would love to be the top conditional.

“I’ll keep my head down and keep working away.

“It’s not impossible this season but I would say I’d be making a go of it next year.”

But with agent Dave Roberts – the man who helped steer AP McCoy to 20 champion jockey titles – booking his mounts, this season’s title race is certainly not over.

It was Roberts who secured the ride on Unowhatimeanharry and Brogan recalls: “Dave Roberts texted me and said we were riding Harry on Saturday at Aintree. I nearly s*** myself. I didn’t know what to think.

“But thankfully it all worked out great. Unbelievable.”

Reflecting on those days of ­busking, Brogan says: “We would go down to Grafton Street in Dublin at Christmas and do a bit of ­busking to get some cash.

“I really enjoyed it. I still enjoy picking up a guitar now.”

But now that Brogan is turning heads on the racecourse, there will be no need to pass that hat around. 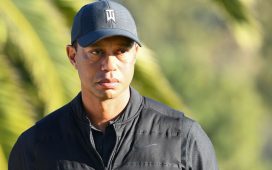 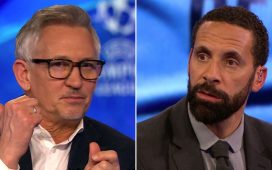 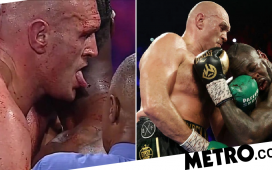