ir Keir Starmer has urged the Government to use the third national lockdown in England to create a “round-the-clock” vaccination scheme in order to end “this nightmare”.

In a televised response to Boris Johnson’s statement, Labour leader Sir Keir reiterated that his party supports the new measures being imposed and would back them in a Commons vote.

The comments came as it emerged that an estimated one in 50 people in private households in England had Covid-19 between December 27 and January 2, according to the Office for National Statistics (ONS).

Sir Keir said Labour will continue to scrutinise the Prime Minister where MPs believe he is failing in his response to Covid-19.

He added: “The British people have sacrificed so much but, thanks to the dedication and brilliance of our scientists, there is hope of a way out of this nightmare,” Sir Keir said, calling on the nation to “recapture the spirit” of the beginning of the pandemic.

“That means using this lockdown to establish a massive, immediate, and round-the-clock vaccination programme to deliver millions of doses a week by the end of the month in every village and town, every high street and every GP surgery,” he continued.

“We need our businesses and public services working hand-in-hand for the common good. We need an army of volunteers and to use every resource at our disposal.

Chris Whitty: 1 in 50 people in England have the virus

“This is now a race between the virus and the vaccine. And if we pull together as a nation, we can win.”

He said: “I believe that when everybody looks at the position, people understand overwhelmingly that we have no choice.

“When the Office of National Statistics (ONS) is telling us that more than 2 per cent of the population is now infected – that’s over one million people in England.

“And when today we have reported another 60,000 new cases, and when the number of patients in hospitals in England is now 40 per cent higher than at the first peak in April.

“I think obviously everybody – you all – want to be sure that we in Government are now using every second of this lockdown to put that invisible shield around the elderly and the vulnerable in the form of vaccination and so to begin to bring this crisis to an end.”

The conference and figures came as the UK recorded 60,916 lab-confirmed coronavirus cases as of 9am on Tuesday – the highest daily total reported so far since the pandemic began. 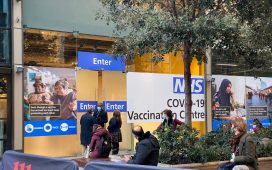 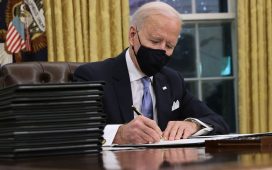 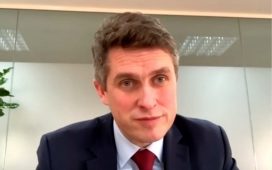 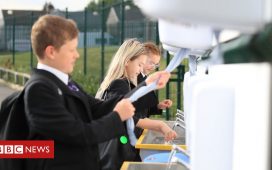 Covid: England's schools to get two weeks' notice for reopening 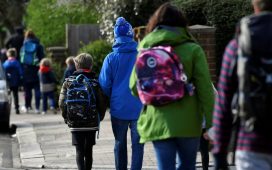 Schools will be first to open when lockdown relaxed, Gavin Williamson says 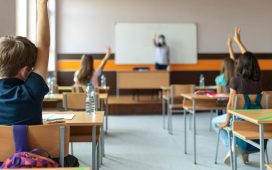