Keir Starmer has used a 90-minute conference speech to urge former Labour voters to return to the party, promising he will never “go into an election with a manifesto that is not a serious plan for government”.

In his first in-person address to a Labour conference since becoming leader, Starmer sought to present himself as a serious, focused contrast to the “trivial” approach of Boris Johnson, recounting his background, his “two rocks” of family and work, and his career as a lawyer and director of public prosecutions.

An early section of the speech lambasted Johnson for having no plan to tackle the fuel crisis and wider pressures over the cost of living. “If you go outside and walk along the seafront, it won’t be long before you come to a petrol station which has no fuel. Level up? You can’t even fill up,” he told the packed hall in Brighton.

Starmer also launched a notably personal attack on the prime minister, saying: “I don’t think Boris Johnson is a bad man. I think he is a trivial man. I think he’s a showman with nothing left to show.”

The lengthy speech had few specific policy pledges but a couple of surprises including a description of Labour’s £28bn-a-year climate plan as a “green new deal” – phrasing more associated with the left of the party. This included what Starmer called a “national mission” to insulate and better heat 19m homes in a decade.

There were also several mentions of what Starmer called Johnson’s “botched Brexit”, arguing that more needed to be done to make the deal work after the UK’s departure from the EU.

Hecklers, seemingly activists from the left of the party, interrupted the address several times. “You can chant all day,” Starmer responded. “Shouting slogans, or changing lives, conference?” he asked to loud applause in the hall.

He delivered a repudiation of the party’s direction under Jeremy Corbyn and a defence of changes to Labour internal rules pushed through at the conference.

It was, Starmer noted, the first full conference since the party’s catastrophic 2019 election loss. He said some voters “reluctantly chose the Tories because they didn’t believe our promises were credible”, while others saw the party as “unpatriotic or irresponsible”.

To these people, “I say these simple but powerful words: we will never under my leadership go into an election with a manifesto that is not a serious plan for government.”

The address covered a wide range of issues including criminal justice, education, health, social care and the climate emergency.

Starmer said Labour would do more for victims of crime, with the justice system “close to collapse” under the Conservatives, and he promised that a Labour government would crack down on violence against women and antisocial behaviour.

In a section on healthcare, as well as pledging a greater focus on prevention Starmer called mental health “one of the urgent needs of our time”, saying Labour would guarantee mental health support in less than a month.

On education, he said Labour would “launch the most ambitious school improvement plan in a generation” and he stressed the importance of readiness for work and a wider range of study. He said it was “stupid to allow theatre, drama and music to collapse in state schools”. Labour would ensure two weeks’ compulsory work experience for pupils and guarantee the chance to see a careers adviser, he said.

In his attack on the government, Starmer referred to the planned increase in national insurance and cuts to universal credit, saying: “We have a fuel crisis, a pay crisis, a goods crisis and a cost of living crisis – all at the same time.

On spending, Starmer said there would be “no promises we can’t keep or commitments we can’t pay for”, adding that in terms of maintaining a strong economy, “Labour will be back in business”.

He ended by setting out four key principles, saying these had informed his life and would be central to a Labour government: work, care, equality and security.

He concluded: “I think of these values as British values. I think of them as the values that take you right to the heart of the British public. That is where this party must always be. These are the tools of my trade. And with them I will go to work.” 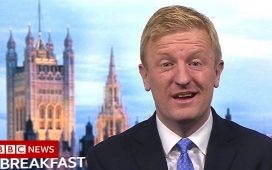