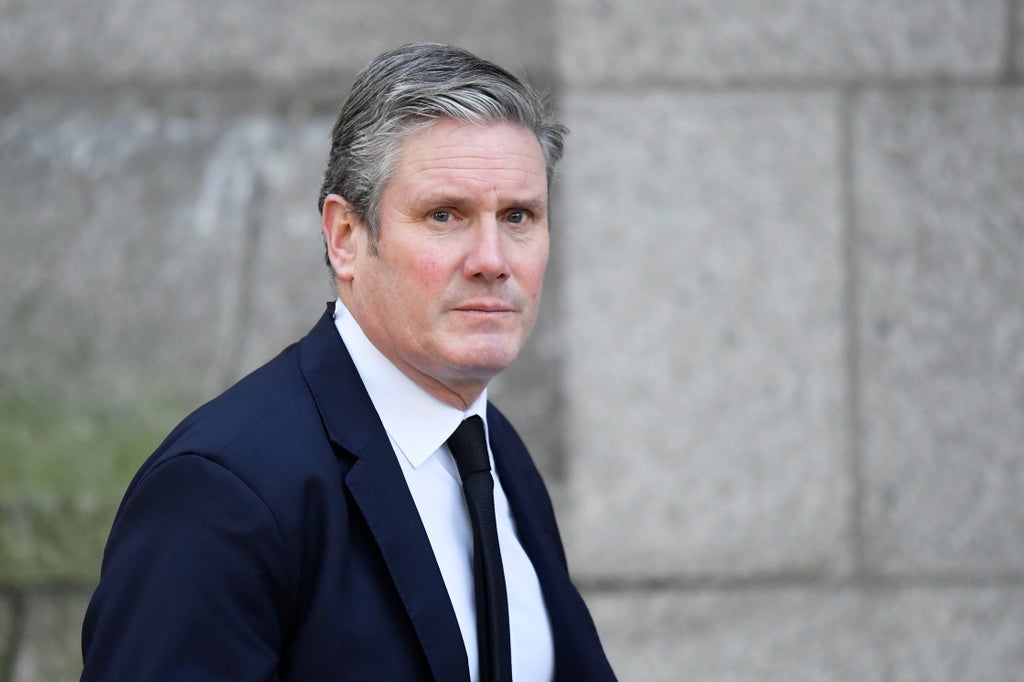 A poll by Opinium earlier this month showed the ruling Conservative Party had fallen behind Labour for the first time in a year, as the Prime Minister battled a rebellion from his own backbenchers over his handling of the Owen Paterson sleaze affair. Since then Mr Johnson has been hit by further unrest over social care reforms and the HS2 rail project.

To try and press home his advantage, Sir Keir was on Monday carrying out a shake up of his top team with former Work and Pensions Secretary Yvette Cooper tipped for a return to the Shadow Cabinet in a senior role.

But Sir Keir’s second reshuffle inside a year risked being overshadowed by tensions with Labour’s Deputy Leader Angela Rayner, who appeared to be caught off-guard by the timing of the move.

Delivering a speech at the Institute for Government think-tank on Monday morning, on Labour’s five point plan to shake up Parliamentary standards following the Paterson affair, Ms Rayner told journalists she was not aware of any reshuffle.

But Party officials have played down suggestions she was out of the loop, insisting that Ms Rayner had been briefed by Sir Keir prior to delivering her speech on standards.

Asked about reports of the reshuffle, Ms Rayner said: “I’ve been concentrating on the job that I’m doing.”

In the first major change, Jo Stevens confirmed she had been moved from her current role as Shadow Culture Secretary to replace Llanelli MP Nia Griffith as shadow Welsh Secretary.

“It’s been a privilege to closely work with hugely talented people in the DCMS sector, the fastest growing before the pandemic & one of the hardest hit,” she said on Twitter.

“I want to continue the great work of my friend @NiaGriffithMP in the new job.”

Meanwhile Cat Smith, MP for Lancaster and Fleetwood, announced she would be standing down from her role as Shadow Secretary of State for Young People and Democracy and returning to the backbenches.

However in a letter published on Twitter she warned Sir Keir about the “damage” Labour was suffering because former leader Jeremy Corbyn is not being re-admitted to the party.

Her letter said: “You will be aware that we had a meeting scheduled for later this week, during which I wanted to raise the issue of, and my concerns about, Jeremy not being readmitted to the Parliamentary Labour Party after he was readmitted into our party membership following due process.

“This position is utterly unsustainable and it is important that you truly understand how much damage this is causing in Constituency Labour Parties and amongst ordinary members, a number of whom are no longer campaigning.”