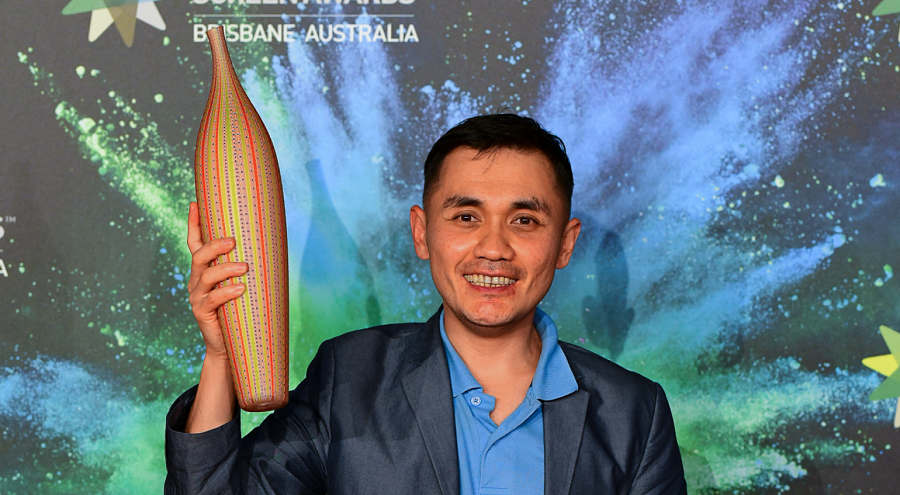 The film directed by Adilkhan Yerzhanov marks the first win for Kazakhstan at the festival in Brisbane, Australia, since Sergey Dvortsevoy’s “Tulpan” took out the prize in the best film category in 2008.

The film, which was co-produced by Kazakhstani companies Astana Film Fund and Short Brothers along with France’s Arizona Productions, marks the first win for Kazakhstan at the festival in Brisbane, Australia, since Sergey Dvortsevoy’s “Tulpan” took out the prize in the best film category in 2008.

“A Dark, Dark Man” tells the story of a boy murdered in a Kazakh village and following investigation by a detective, Bekzat, who wants to wrap up the inquiries quickly. Bekzat’s plans had changed after a female journalist arrived from the city to investigate the story of four orphaned children who have all presented with signs of the abuse and the same fatal injuries. The arrival of the journalist puts things into stark contrast for the detective who for the first time in his career, must now conduct a real investigation according to procedure and following the law.

Yerzhanov said the story was taken from the stories of Dashiell Hammett, an American author of hard-boiled detective novels and short stories, “in the nuanced style where there are no good people.” The 37-year-old filmmaker also claimed that it was “quite difficult” to finance art-house films, but that local investors often responded to international interest.


“When my films are selected overseas I feel like it means we are doing something right,” he said in an interview with The Guardian.

Meanwhile, Yerzhanov faced stiff competition from Elia Suleiman who also received the award in the same category for his semi-autobiographical feature “It Must Be Heaven.”

The Asia Pacific Screen Awards (APSA) is an international cultural initiative of the Brisbane City Council, Australia, to honor and promote the films, actors, directors, and cultures of the Asia-Pacific region to a global audience.

This year’s edition featured 289 films of which 37 won prizes in different nominations. “Beanpole” directed by Russia’s filmmaker Kantemir Balagov has become the only film to take home two awards – for best screenplay and best cinematography.

The main prize of the festival was grabbed by a South Korean black comedy thriller film, “Parasite” directed by Bong Joon-ho. Previously awarded the Palme d’Or at the Cannes Film Festival, the film was selected as the South Korean entry for Best International Feature Film at the 92nd Oscars Academy Awards.