Katie Price says she has no regrets about her life with Harvey – and she’s glad she didn’t go through with an abortion.

The mum-of-five, 43, has opened up about how she actually visited an abortion clinic three times in the early days of her pregnancy with Harvey, now 19.

And although Harvey has a number of complex disabilities, including partial blindness, autism and Prader-Willi Syndrome, she has no regrets about her decision.

The former glamour model says that she even hopes to adopt a disabled child in the future.

Katie shared in her new book Katie Price : Harvey and Me, published by Mirror Books: “When we knew something was wrong with Harvey, I didn’t think, ‘I don’t want him.’ It was actually the complete opposite. I felt more love and protection than I could ever have imagined. It’s weird because I sit here now and think that I would easily have another baby if it was like Harvey. I would even like to adopt a child with disabilities in the future.”

Explaining that she has no regrets about Harvey, she added: “We all just presume that when we have a baby it’s going to be healthy. I don’t care what anyone says, you do. The fact I could have had a disabled child never even crossed my mind. I do often think about what Harvey would be like if he didn’t have his conditions. But I wouldn’t change him for the world.”

Katie says that she actually went to an abortion clinic three times in the early day of her pregnancy with Harvey, but that she couldn’t go through with it.

She said that after telling Harvey’s father Dwight Yorke of her plans, she didn’t offer him any support – emotionally or financially.

Katie said that as it wasn’t a decision to be taken lightly, she would have liked to have him by her side.

But in the end, she couldn’t go through with it.


Harvey has a number of complex conditions
(

She penned: “I actually ended up going to the abortion clinic a total of three times. The first time, I got to the car park and I was ready to go in, but I pulled out at the very last minute. I actually made it inside the second time. I was sitting in the waiting room and listening for my name to be called out. ‘I can’t do this,’ I thought. So I got up and left.

“The third – and final – time, I very nearly went through with it. I just remember sitting in my gown and being shown a scan of the baby on the screen. How wrong is that? I even heard a little heartbeat. I didn’t want to be reminded of the life growing inside of me. I just couldn’t go through with it. Something was stopping me from going ahead. It was that voice on my shoulder again.”

Dwight has faced a lot of criticism from Katie, who claims he has never had any involvement in his son’s life.

But Dwight has said in the past that it’s all down to being given restricted access.

He wrote in his 2009 autobiography Born To Score: “From the moment I set eyes on the little fella, I have loved my son like I could never ever have imagined possible.

“I am not going to hear any more that I did not care for Harvey, or have any understanding of his needs or that I was not interested in his welfare.”

He added: “Over the years I have heard Katie saying how Andre is Harvey’s dad and what a terrible, uncaring father I have been, all of which sticks in my throat.

“Maybe if she had not made life so difficult for me, might have been able to take a far more proactive role.”

Katie Price: Harvey & Me, published by Mirror Books, is on sale October 26. Get £5 off (RRP £20) with offer code FA9 from mirrorbooks.co.uk. 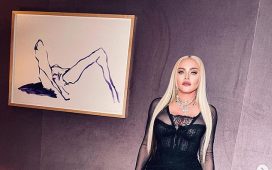 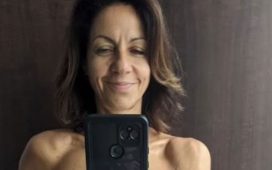 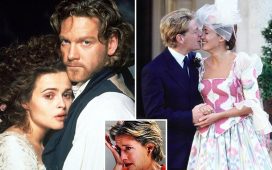 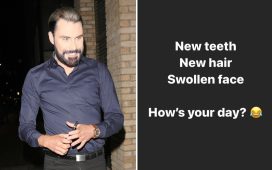