Katie Price’s newest TV programme is due to hit out screens soon, Channel 4’s Mucky Mansion, where she renovates her run-down home

Katie Price: OnlyFans is something I was born to do

The TV star,43, was born Katrina Amy Alexandra Alexis Price and decided changed her name to Jordan when she started her glamour modelling career

Katie looks completely different now, which is clear to see in a throwback photo from 1994 that shows her just 16 years old before she found fame.

The mum of five can be seen smiling from ear to ear for the camera with her natural brunette curly hair.

She is wearing a red t-shirt along with a tartan blue and red blazer, keeping her makeup a lot more natural than usual, just wearing mascara and a nude lip.

When her modelling career was really taking off, under the name of Jordan she went on to compete in the third series of I’m A Celebrity… Get Me Out Of Here in 2004.

This is where she met her first husband Peter Andre and the pair went on to have two now-teenage children, Princess and Junior.

But since the fresh-faced snap, Katie has been honest about undergoing a number of alterations, which include multiple breast surgeries, face lift and facial fillers.

Recently she joked about looking like a ‘patchwork quilt’ following the multiple surgeries she’d gone through but this hasn’t put her off from having even more.

She had to wear a catheter with drains and tubes hanging out of her as well as being swollen after the operations.

It’s thought that she had liposuction, a lip life and a BBL among other surgeries.

A source told The Sun at the time: “Katie is in horrendous pain after undergoing a BBL where they put fat into your bum, eye lift to give her a slight cat-eye look, lip lift for a fuller pout, liposuction on her thighs and legs, under her rib cage and back, and scarring from her previous facelift fixed.

“Despite the pain, Katie’s thrilled the operation went to plan.”

Katie has always been open about her surgeries
(

Katie was forced to lay on her back with her legs up in the air for days due to them being so swollen after the liposuction procedure.

The star put on two stone during the coronavirus lockdown and wanted to get lipo to remove the extra pounds.

She turned to surgery instead because she said she struggled to lose weight naturally since breaking both her feet in the summer of 2020.

Katie had the accident when she fell a huge 25ft after jumping off a wall when she was on holiday with her family. 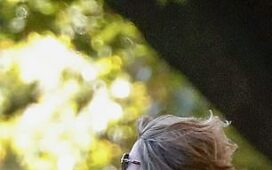 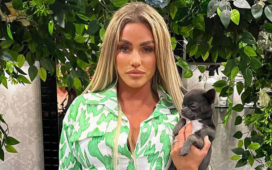 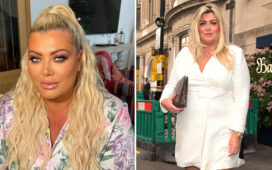 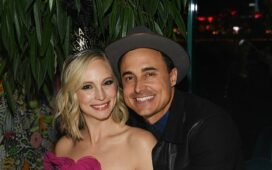 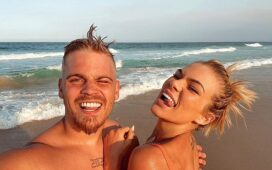 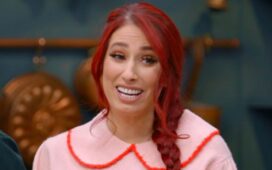 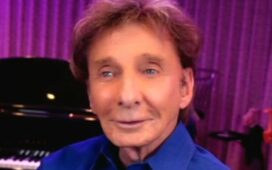