KATIE Price was left looking rather uncomfortable on social media today as she played a game of Never Have I Ever.

The mum-of-five and her pal Zoe James were in hysterics as they had a go at Instagram’s new feature which randomly asks users questions.

As Zoe held the phone in front of Katie, the game stopped on the statement ‘cheated on someone’.

Katie looked a tad confused as the words appeared, whilst Zoe burst into laughter.

The duo then had another spin on the game and this time it stopped on the statement ‘dressed as the opposite sex’.

This caused them to shriek even more as they sat in the back of a car during a trip to Munich.

The statements are rather ironic in reference to Katie’s personal life as she admitted to cheating on her ex-boyfriend Kris Boyson twice during their on-off relationship.

In an episode of her reality TV series, My Crazy Life, Katie came clean to personal trainer Kris.

“Yes, I cheated on you twice!” she told him as Kris replied: “What Kieran put you through, is what you’re putting me through right now.”

knickers in a twist

Kris was referring to Katie’s estranged husband Kieran Hayler, who cheated on her several times during their marriage.

Whilst with Kris, Katie embarked on a whirlwind romance with Charles Drury, and also with Alex Adderson.

“I just need to say that I’m really sorry about everything,” Katie later told Kris, to which he responded: “It don’t really mean anything though, does it?”

Katie and Kris finally parted ways in December, but are said to still be on good terms.

The other awkward statement about dressing up as the opposite sex caused Zoe to laugh out loud as Katie’s ex husband Alex Reid enjoyed dressing up in drag as an alter-ego called Roxanne.

Following their messy split, 44-year-old Alex accused Katie of using his alter-ego against him.

The cage fighter said she had damaged his opportunities for work by being deliberately controversial about his transvestite alter-ego and claimed it had led to financial troubles.

In an interview with The Mirror at the time, Alex said: “I think Katie has tried to destroy me to be honest. I think she just got bored with me and saw me as a way of keeping her media profile up by being controversial.

“Then she used it all against me. I want to put the record straight. I am heterosexual, though I don’t deny I’ve experimented. But I am not having a sex change.”

He claimed that the former glamour model exaggerated the involvement of Roxanne in his life to such an extent that she painted him out to be somebody’s he not, which according to him has subsequently cost him jobs.

Meanwhile, despite being declared bankrupt at the end of 2019, Katie is still working and is in Germany this weekend filming at a ski resort.

The Amazing Race Shuts Down Production Due to Coronavirus 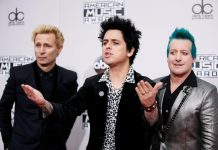