Katie Price has been pictured grimacing in pain before getting a huge bunch of flowers while sunbathing in Turkey with casts on her broken feet.

The former glamour girl, 42, looked delighted as she accepted a bouquet of red and white roses days after her hospital dash.

She was seen holding the flowers while relaxing on a sun lounger by the private pool outside her hotel suite in Turkey.

Wearing a black bikini, Katie looked like she was in agony as she attempted to move.

However, she was soon cheered up by the arrival of a massive bunch of flowers.

Katie was seen peering at the roses and holding them gingerly between her legs as she balanced them on the sunlounger.

The star is staying in a £1,000-a-night suite at the Akra hotel with her boyfriend Carl Woods and her children Junior and Princess.

However, she’s expected to cut the holiday short after broke bones in both her ankles during a day out at a theme park.

She’s believed to have suffered fractures after jumping off a wall at theme park Land of Legends.

She was rushed to hospital for emergency surgery, and is expected to undergo another operation when she gets back to Britain.

Katie is likely to be left in a wheelchair for up to six months as the injury has left her unable to walk.

In the meantime, she’s determined to make the most of the last few days of her holiday.

Her representative confirmed to Mirror Online: “Katie this morning is comfortable and sunbathing.

“Despite being in terrible discomfort, she’s determined to enjoy her holiday with the children and Carl.”

After the accident, Katie shared the news with fans, writing: “Yes it’s true I have broken my ankles and my feet.

“I have to have both feet operated on and pins put in been told I won’t be able to walk for 3 to 6 months.”

She thanked her boyfriend Carl for supporting her after the accident, adding: “@carljwoods is being amazing looking after me… 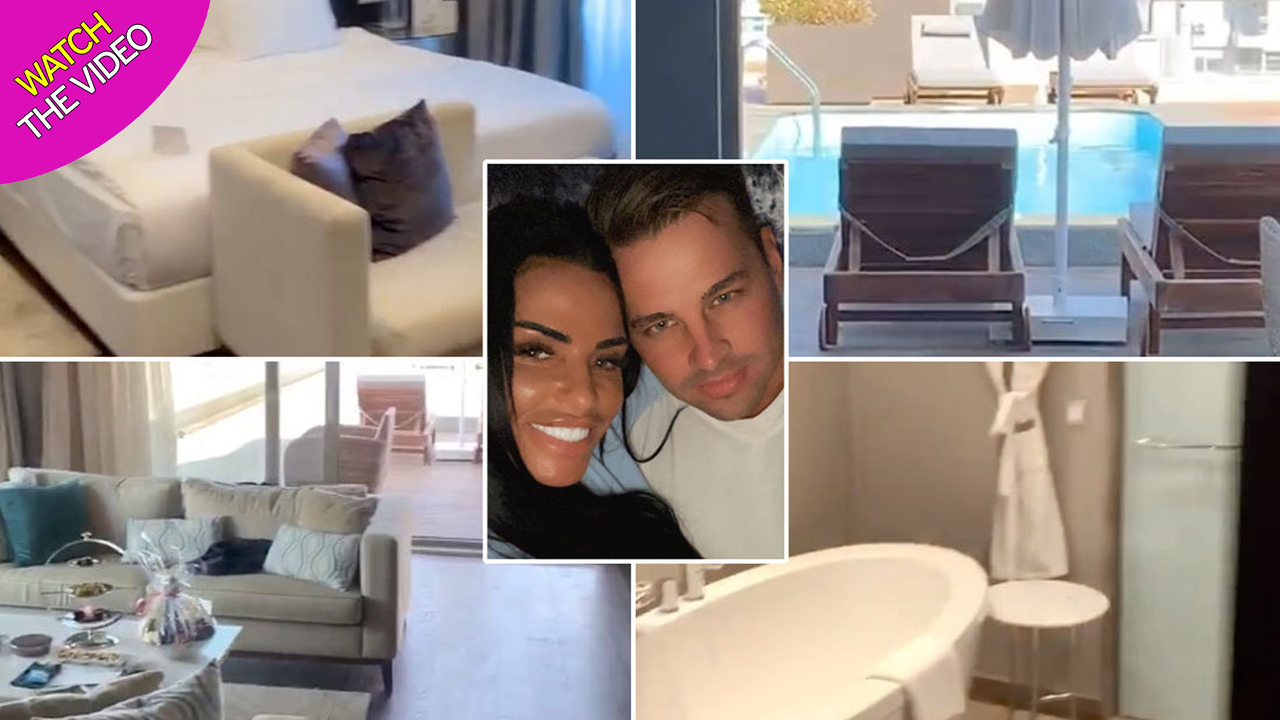 Katie is expected to cut the holiday short and fly back to Britain as soon as she can to undergo further treatment back at home.

She has since appealed to fans to help her find a mobility scooter or a wheelchair she can use when she gets back.

The star said: “Hi does anybody know where I could get a mobility scooter and a wheelchair for when I get back.”