Kate Beckinsale has made it clear she has no plans to sit home and ‘anticipate the menopause while crocheting’.

And true to her word, the actress, 46, was seen heading off in the back of the car with Machine Gun Kelly, 29, on Sunday night.

The two were pictured side by side in the vehicle as they left the Chateau Marmont at the end of the night, after the two were earlier pictured at a post-Globes do at The Bungalows. 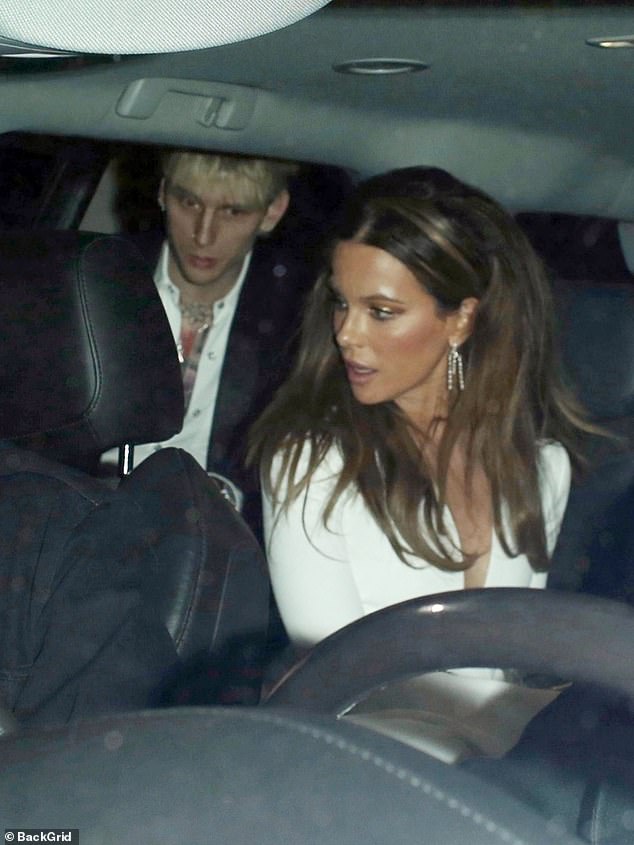 Party people: Kate Beckinsale, 46, is pictured hopping into a car with Machine Gun Kelly, 29, as they leave a Golden Globes afterparty together on Sunday night 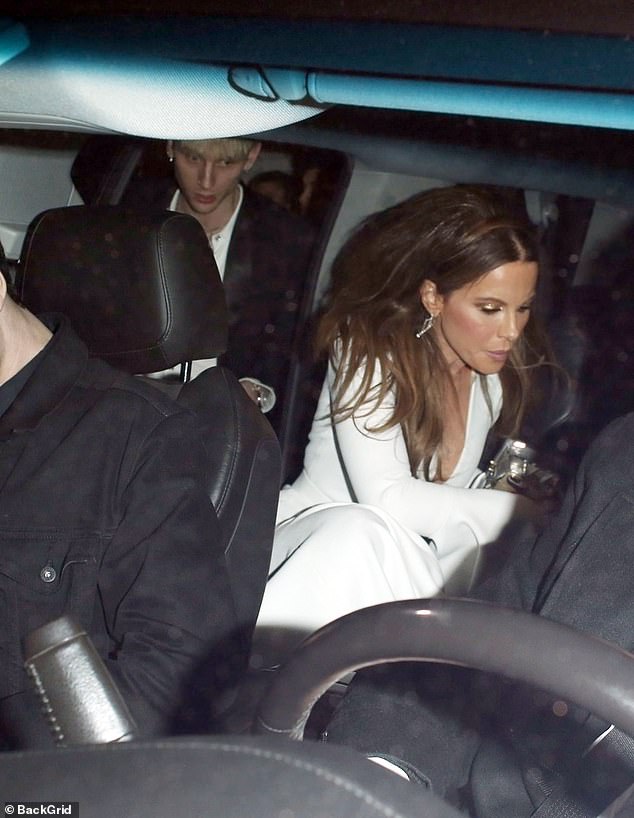 Night out: The two were pictured side by side in the vehicle

Kate had made a night of it – hitting at least three post-Globes bashes, before heading off with Kelly.

Coincidentally Kelly is a good friend of Kate’s ex Pete Davidson, 26, who she connected with at Netflix‘s Golden Globes afterparty last year.

Kelly’s svelte tattooed torso was on display in an unbuttoned shirt, while multiple piercings lined his ears. 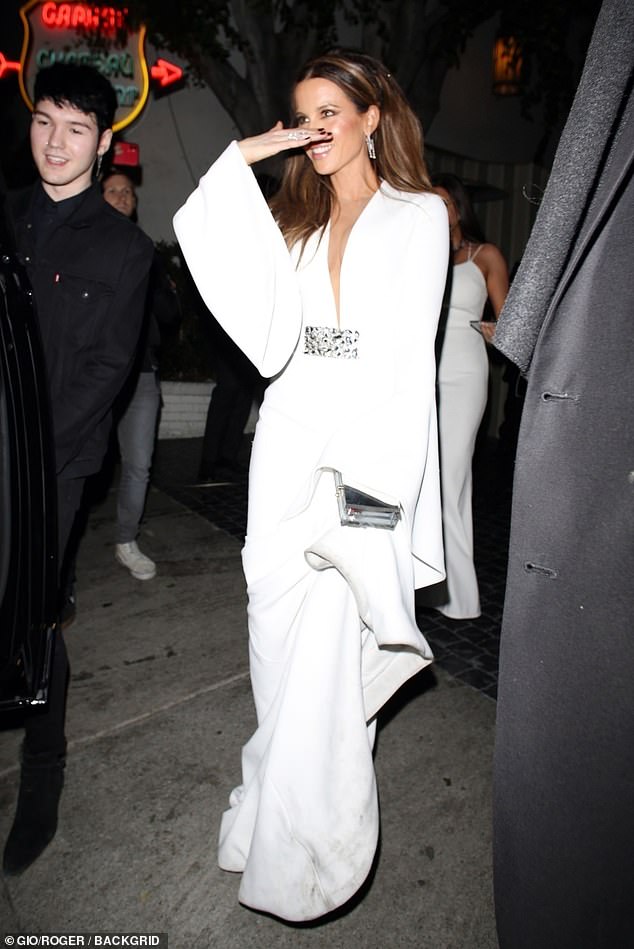 Home time: Despite not being invited to the Globes itself, Kate had dressed to the nines for her Hollywood night out, flattering her youthful figure in a Romona Keveža gown

Despite not being invited to the Globes itself, Kate had dressed to the nines for her Hollywood night out, flattering her youthful figure in a Romona Keveža gown, Casadei shoes and Neil Lane jewelry.

During her night of merry making – which started at InStyle’s bash at the Beverly Hilton – Kate had bumped into her ex husband Len Wiseman, from whom she split in 2015 after 11 years of marriage.

But while Len, 46, and Kate have a shared history, it seems she had her eye on someone a little younger.

In pictures published by the New York Post, Kate and Kelly could be seen heading away from the bash together. 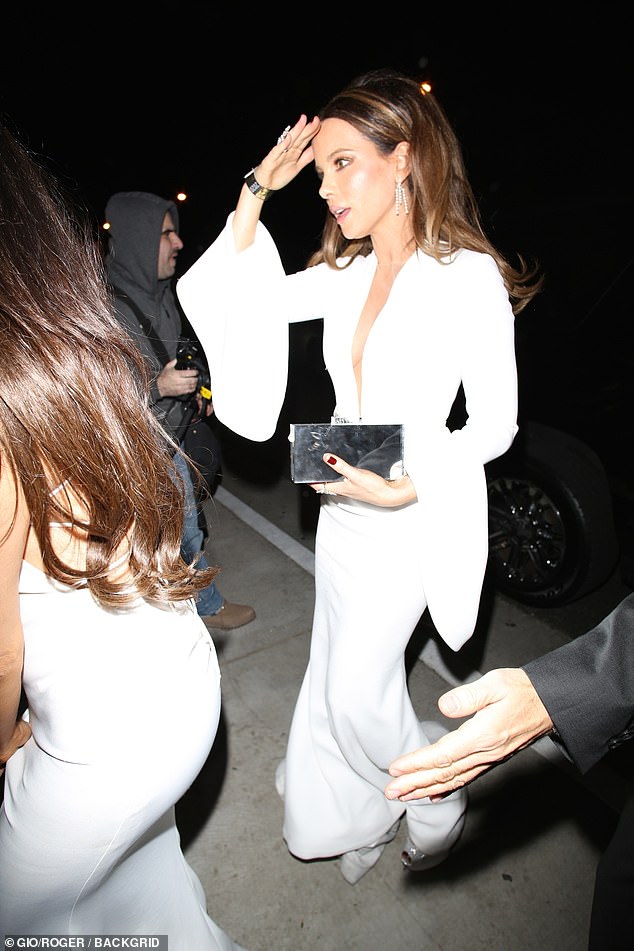 Party time! Kate Beckinsale, 46, is seen leaving her second Globes afterparty of the night on Sunday, heading onwards to the Chateau Marmont in Hollywood

Party people: Machine Gun Kelly was also seen leaving the bash; he and Kate later got into a car together at the end of the night 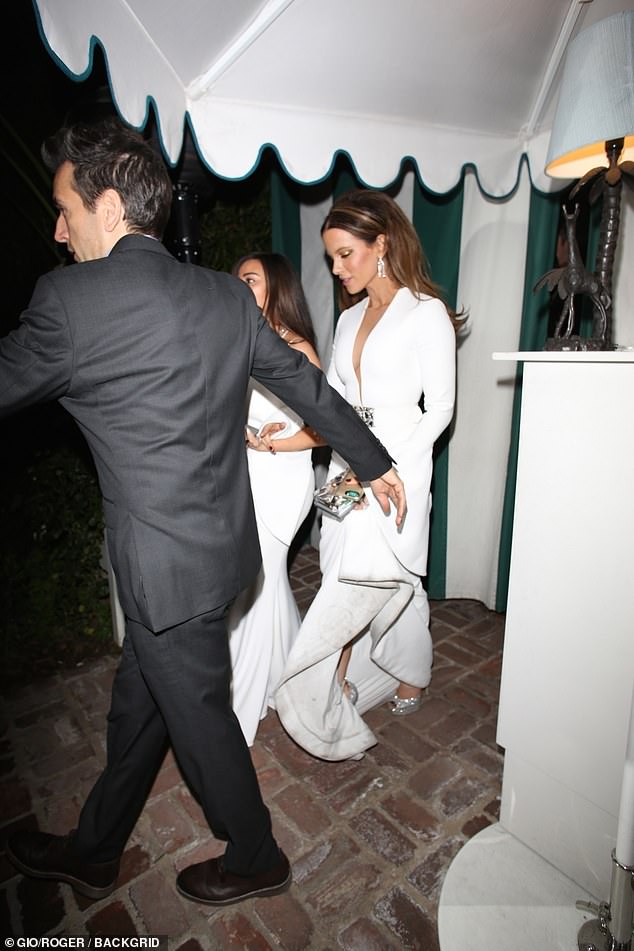 Living the life: Despite not being invited to the Globes itself, Kate had dressed to the nines for her Hollywood night out, flattering her youthful figure in a Romona Keveža gown, Casadei shoes and Neil Lane jewelry 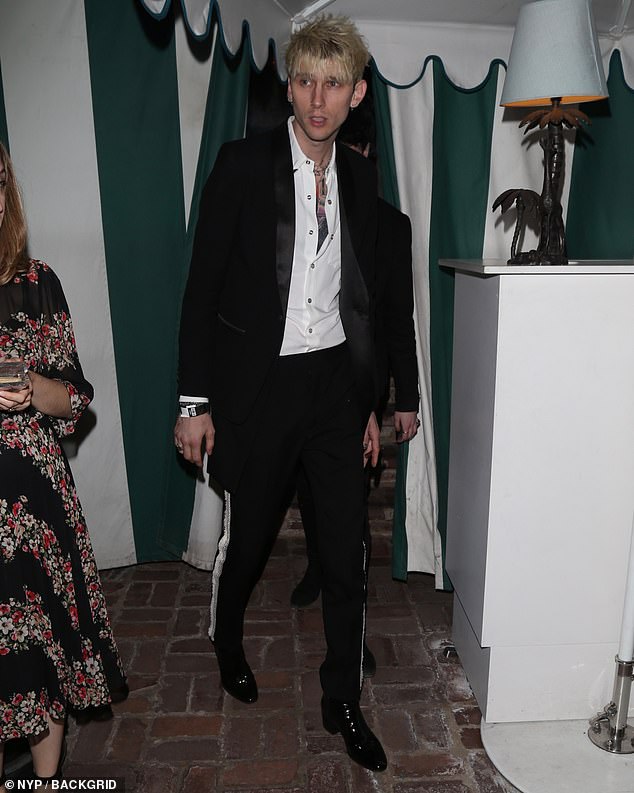 Following her breakup with Wiseman Kate was pictured kissing British comic Jack Whitehall, 31, in November 2018, before her fling with Davidson began in January 2019. The two were pictured locking lips at a hockey game and on a series of dates, before their April split.

In an article published last month Kate told Women’s Health magazine that it feels like ‘a political act to have fun’ at her age.

She explained: ‘If everyone’s sh**ting on you, it can make you kind of ugh for a minute – especially if there’s really nothing wrong. If you’re strangling a squirrel or hurting someone, I get it, but living one’s life in a reasonably respectful manner shouldn’t invite anyone to get too excited.

‘It can feel like a little bit of a political act to be a woman over 32 who is having any fun at all. And by that, I don’t mean doing drugs and drinking and partying – because I never am – but being goofy, and going out, and not going, “Omigod, I’m going to sit home and anticipate menopause while crocheting.”

‘Unless you’re doing that, it somehow seems to be risqué, which is just ridiculous to me. And I witness men constantly doing whatever they like – whether that’s in relationships, or deciding to buy a motorbike, or getting a tattoo. It has not been interpreted as “Why hasn’t he had more children?” or “Is he ever going to decide to become a parent?” or “Why has he had so many girlfriends?”‘ 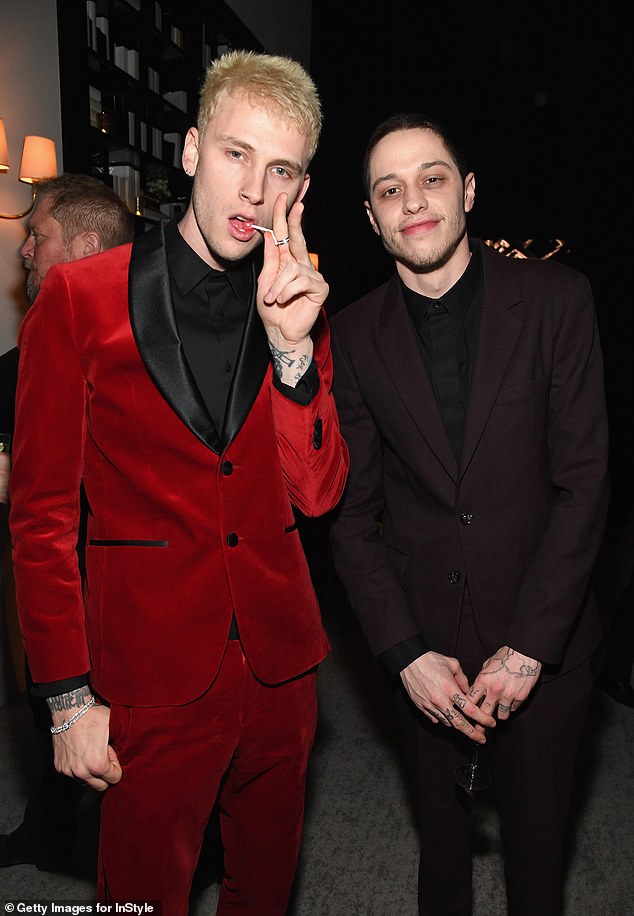 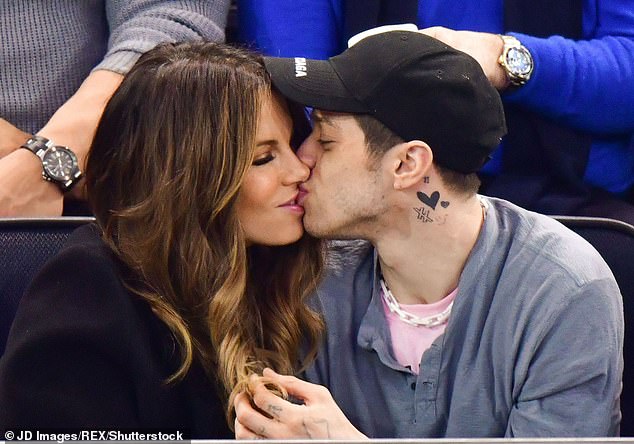 Fling: Kate and Pete dated for a few months after their Globes hook up; the two are seen at a hockey game in March 2019