The indigenous People of Biafra (IPOB) has waved asside the threat by the Nigeria police, issued recently by the Abia State Commissioner of Police, Ene Okon to stop the leader it’s leader, Nnamdi Kanu from attending his mother’s burial.

According to a press statement by the media and publicity secretary of the Igbo separatist group, comrade Emma Powerful and made exclusively available to Sunday Sun yesterday, it reassures it’s members that nobody can stop Kanu from attending his mother’s funeral.

He described the threat by the police as an empty threat that does not hold waters ,maintaining that such threats would only make the group more defiant.

Powerful sated “An inconsequential and roundly incompetent local police operative blabbing away from a poorly maintained office in a delapidated building in Umuahia is not worthy of an intelligent response from the great IPOB.

“However it is important we inform the Fulani masters of this Okon that Biafra is resonating all over the world today thanks to IPOB. All the years of threats and brutal crackdowns have all resulted in making IPOB more defiant, determined and ruthless in our pursuit of the noble goal of Biafra liberation. Powerful said.

He continued “If the military might of the Alimajiri Nigerian north, grand conspiracy of the judiciary and mind-numbing treachery of Okezie Ikpeazu, other Igbo governors and Ohaneze could not stop IPOB, how much less an unknown Fulani boy-boy in police uniform in Umuahia.

“It seems this caliphate servant in police uniform named CP Okon wants to use the name of our most reverred leader Mazi Nnamdi Kanu to be noticed as the slave he is in order to advance his career, the same way another slave called “Justice” John Tsoho used the privilege of presiding over the sham trial of our leader to become the Chief Judge of Federal High Court of Nigeria.

“Before this Okon came, there were other loud mouthed southern police commissioners in Abia that sought to impress their Alimajiri masters by making unedifying and unguarded utterances against our leader and the indomitable IPOB family. The same way they sunk into oblivion is exactly the same way this talkertative imp will be quickly consigned to the scrapheap of used and discarded unthinking caliphate servants from the south.

“He is not the first and neither will he be the last.

“IPOB is not in the business of responding to incompetent lowly ranked officers of a failed, shameless, uncivilised and discredited colonial disgrace like Nigeria. IPOB is an international movement currently engaged in international diplomacy to drive home the need to put the long suffering ethnic nationalities the British herded together into their failed experiment in Nigeria out of the primitive stranglehold of the eternally backward Arewa core north” Powerful explained. 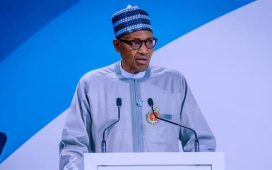 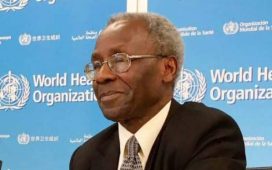 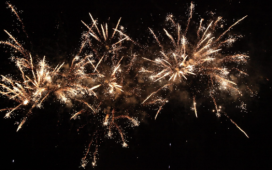