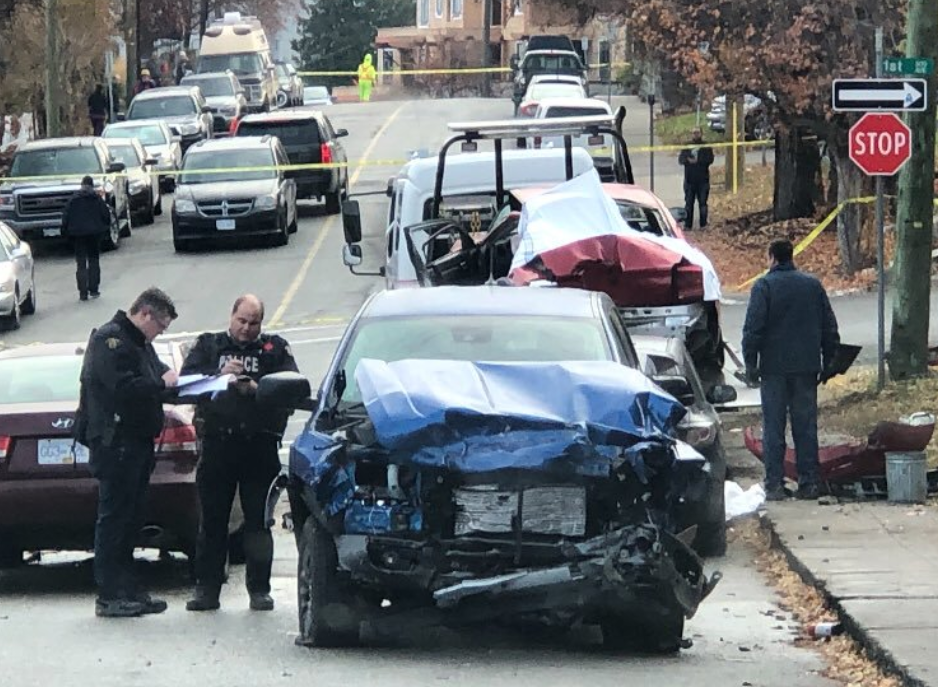 A Kamloops man who was charged in a devastating 2019 hit-and-run crash that killed three young Nigerian men has pleaded guilty.

Reid McKnight pleaded guilty in B.C. Supreme Court Friday morning to charges of dangerous driving causing death and failing to stop at the scene of an accident causing death.

Feyisola David Adebowale, Daniel Okocha, and Kelvin Adeojo Oluwatosin were killed after the early morning crash on Nov. 3, 2019, at First Avenue and Battle Street. Okocha and Adebowale were killed at the scene while Adeojo died nine days later in hospital.

A fourth person who was in the Dodge Charger survived the crash.

McKnight was behind the wheel of a Ford Ranger pickup truck which ran a stop sign westbound on Battle Street and crashed into the Dodge which was heading south on First Avenue.

He fled the scene after while he was briefly arrested and then released after the crash, he was only charged by police in Sept. 2020, almost 10 months later.

An agreed statement of facts and submissions was presented to Justice Kathleen Kerr by defence lawyer Jeremy Jensen and Crown prosecutor Chris Balison. Their joint submission suggests a three-year prison term, followed by a three-year driving ban for McKnight.

A few family members of some of the victims were in court via video conference Friday morning.

In addition to the criminal charges, McKnight is also facing a number of lawsuits filed by the families of the victims and other parties.