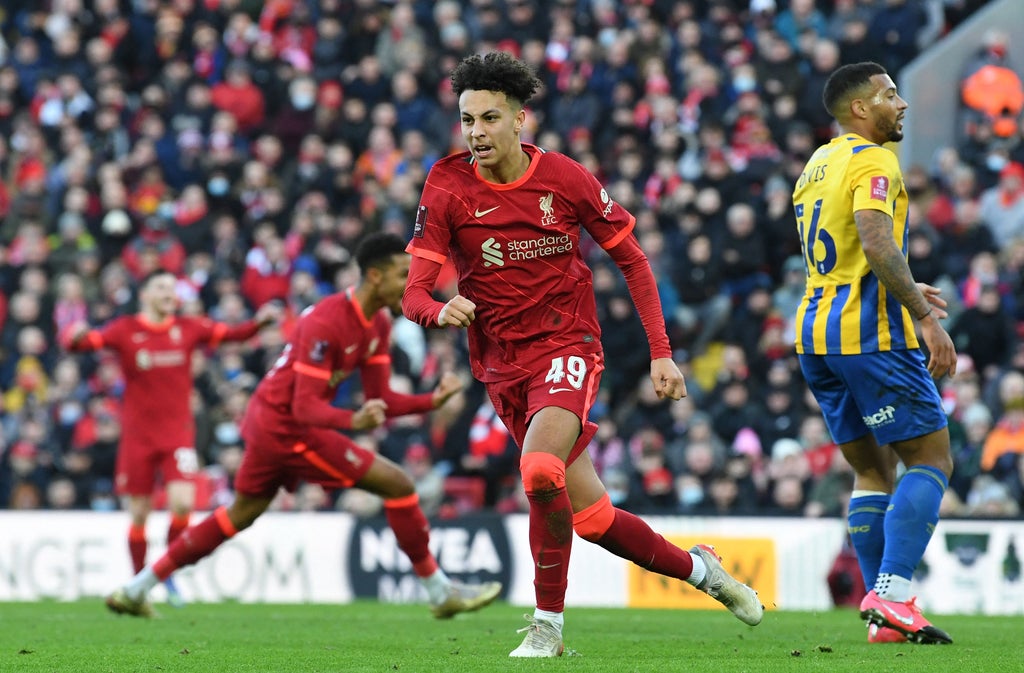 For a brief time on Sunday, Kaide Gordon’s Wikipedia entry included the sentence: “He is widely regarded as the greatest footballer ever.” That might be stretching it a bit for a player with a solitary senior goal, which came against a Shrewsbury side in the lower half of League One, but youth can inspire excitement. The promise of potential offers a sense of boundless possibility. Occasionally, it may even be an early glimpse of greatness.

Gordon’s page was soon pared back to the more factual details: he was 17 years and 96 days old when he scored and only one man (or boy, really) had struck for a hugely decorated club at an earlier age. “The second youngest goalscorer for Liverpool which is absolutely exceptional,” said Jurgen Klopp. Especially given the parade of teenage talent to pass through Anfield. Gordon is a younger scorer than Robbie Fowler and Michael Owen, than Steven Gerrard and Trent Alexander-Arnold, than Raheem Sterling and Steve McManaman.

But he is older than Ben Woodburn, the cautionary tale. A scorer for Liverpool at 17, on loan at Hearts at 22 after underwhelming stints at Sheffield United, Oxford and Blackpool, the Welshman is a case of arrested development. He was the future once. Now that mantle has passed to Gordon, who may not be a flash in the pan.

There is much to suggest he possesses a better chance of ending his career as more than just a statistical footnote. Conor Bradley, a veteran of 18, set up Gordon for his landmark goal and Klopp said: “They are real talents.” Gordon can be a direct dribbler with a habit of jinking infield to shoot. He has mastered the most difficult skill first.

“That’s Kaide,” Klopp said. “When he is in these situations he is really calm. I am not saying he will always score in these situations in the rest of his career but I am pretty sure more often than not because that’s just him. When a cross comes in from the left side, it will find him in the box. He has a nose for it.” The predatory instincts are allied with accuracy; an earlier shot, arrowed towards the near post, showed a similar intention to aim for the corners of the goal.

“His finishing is exceptional but all the rest he is still a kid,” Klopp said. “So playing the position he plays, there is so much to improve.” For his goal, he showed the presence of mind to take a touch with his right foot before finishing with his left. There is an obvious role model at Anfield for such a finisher and it seemed Salah-esque. That Gordon is a Klopp-type player, quick and clinical, an inverted winger with a fondness for finishing, should stand him in good stead.

That he has a manager who can trust in youth and think long-term, who didn’t buy a right-back when he was waiting for Alexander-Arnold to develop and who, until injury’s cruel intervention, may have been installing Harvey Elliott as a first choice this season, gives him a chance. It would be premature to anoint him Salah’s successor but, 13 years his junior, he may be nearer his peak when the Egyptian starts to decline.

It was a sign of character that he scored when Liverpool, trailing to Shrewsbury, needed it. “It is really not easy to show up in a game like this and he did,” Klopp said. But he is otherwise very much a work in progress, as his manager’s analysis made clear.

“There is a way to go, no problem,” he said. “Kaide has time and we will give him the time. He will have his minutes here and there.” Those last three words formed a marked difference from his verdict on the fit-again Takumi Minamino. “We need him desperately,” he said of a more senior forward who is likelier to stand in for Salah and Sadio Mane in the next month.

Minamino may be the near future, the slight, boyish Gordon the subject of dreams around the late 2020s and the 2030s. He is so young he was born when Rafa Benitez was Liverpool manager, only three months before Steve Cotterill’s Burnley knocked them out of the FA Cup, courtesy of Djimi Traore’s comical own goal. Seventeen years on, the backheeled finish against another Cotterill side was more intentional, courtesy of Roberto Firmino.

A match decorated by his goal may end up defined by Gordon’s, whether his eventual fate is nearer Woodburn’s or Owen’s. 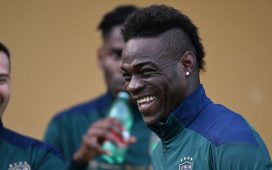 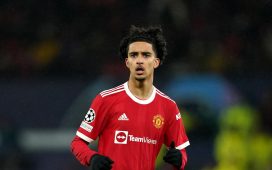