United recorded a convincing 4-1 win against Newcastle at Old Trafford as Ronaldo netted a brace on his second debut for the club.

Juventus are now embarking on life without Ronaldo as they look to return to the top of Serie A but it seems Ronaldo is still on the mind.

Nedved was on sports network DAZN at the time the Portuguese scored against the Magpies and commented: ‘He scored again? Well, I’m not surprised…’

Ronaldo received a huge welcome from the Old Trafford crowd upon his return but made them wait until injury time of the first half to get on the scoresheet.

Twelve years after he last scored for Red Devils at Old Trafford, he broke the deadlock when he tapped in after goalkeeper Freddie Woodman parried Mason Greenwood’s shot.

His second came just after the hour mark following Javier Manquillo’s equaliser as he drilled a low shot through Woodman’s legs.

Bruno Fernandes and Jesse Lingard completed the rout of Newcastle to maintain United’s unbeaten start and send them top of the league table.

Fernandes heaped praise on Ronaldo’s performance but insisted taking three points was the most important part of today’s game.

‘It was almost perfect if we did not concede. We are really happy and the performance in general was really good,’ he said.

‘Newcastle are really organised, defend well but we moved the ball quick and waited for the right moment to hit them.

‘It is something I am working on and today I got the chance and scored.

‘Everyone knows what Cristiano Ronaldo brought for the club and we are really happy to have him.

‘The most important, as he will say, is the result for the team. Good players can always play well together.

‘We arrived at the end (of last season) with some mistakes but did really well. There has been an improvement in the club and now it is time to take the next step.’

See also  Arsenal 'ramp up' goalkeeper search as they seek second opinion on Leno injury
Share on FacebookShare on TwitterShare on PinterestShare on Reddit
newscabalSeptember 11, 2021 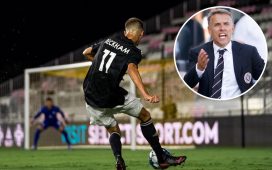 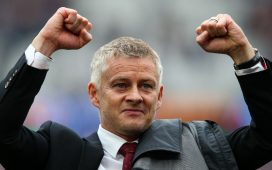 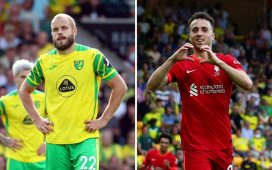