The 49-year-old Mulholland Drive actor flexed his youthful style in a pair of green cargo joggers and fresh sneakers while strolling around the city.

A doting dog dad despite colder NYC temperatures, he was seen throwing on added layers for warmth as he let his pup blow off some steam. 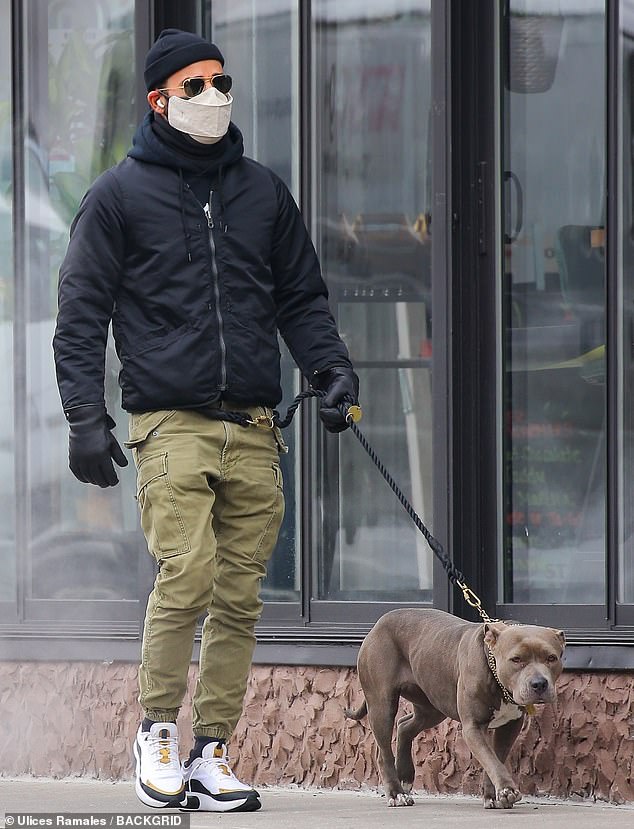 Dog dad: Justin Theroux, 49, looks every bit the hunky hipster as he strolled in NYC with his rescue dog Kuma rocking cargo joggers and a beanie with fresh sneakers

Theroux looked every bit the hunky hipster in a black bomber jacket which he layered over a hoodie.

He rocked a black beanie and a pair of aviator sunglasses as he sported a very structured face covering.

Slipping some airpods into his ears, he was seen with the dog’s leash tied around his waist to keep her close.

Theroux first acquired the dog – whose original name was Sylvia – after she was found roaming the streets of Texas after Hurricane Harvey. 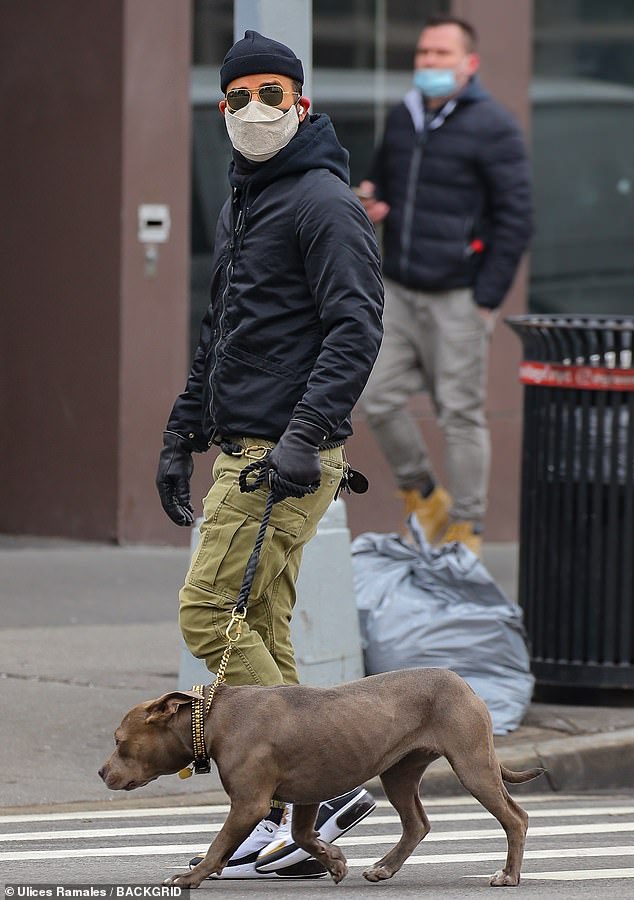 City stroll: Slipping some airpods into his ears, he was seen with the dog’s leash tied around his waist to keep her close

The pitbull mix was plagued with a number of medical issues before she was given proper treatment that included medicated baths and a good nutrition program.

He first got wind of the dog on petfinder and drove three hours from Austin to see her, taking her back to NYC months later.

He was famously linked to Jennifer Aniston, divorcing after two and a half years of marriage in 2018.

Her predilection for Los Angeles and his bustling NYC lifestyle ultimately made it hard for the pair to find common ground but they still remain friends. 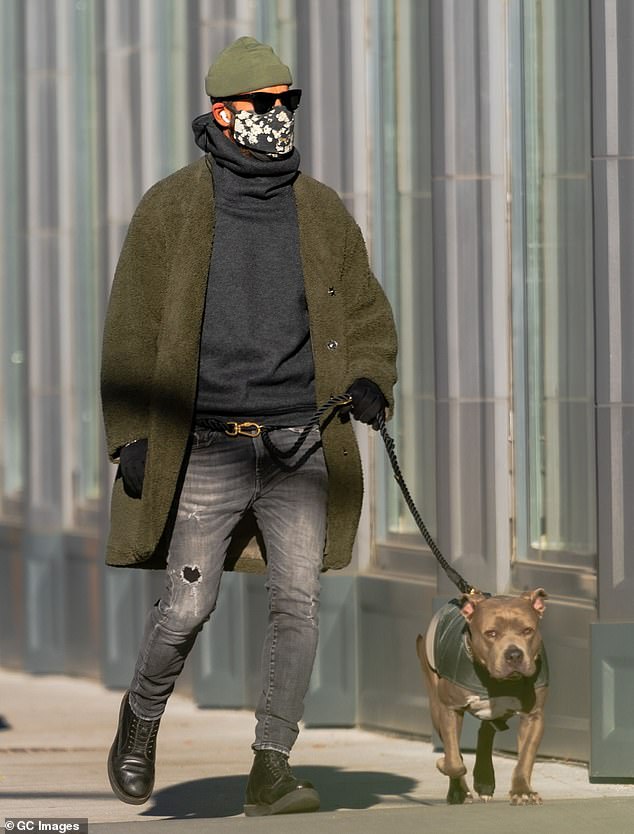 Downtown style: The Mulholland Drive actor has been seen with the pup on numerous occasions as he continues to display his hip style choices; pictured January 6

Despite his love of the city, he has been embroiled in an ongoing court battle with his downstairs neighbor, most recently accusing the man last spring of verbal abuse against his wife.

The beef first started in 2017 when Theroux claimed the man had trespassed onto his portion of their shared rooftop patio and peered into his windows.

He said additionally the man had harassed his construction workers and damaged his foliage during a home renovation, prompting him to sue.

In October a court of appeals ruled that the neighbor be held liable for the trespassing, but a trial would be needed in order for him to receive money for damages. 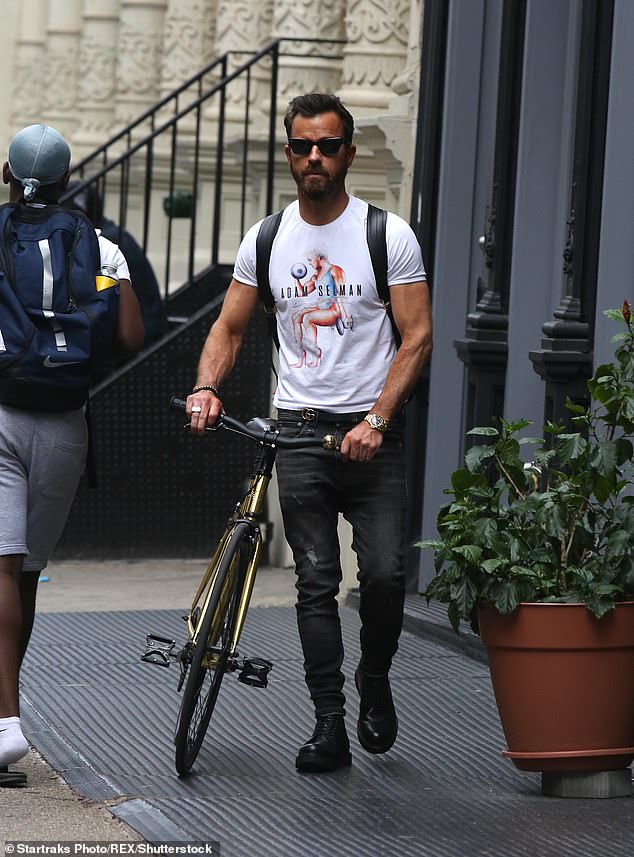 At war: He has been embroiled in an ongoing court battle with his downstairs neighbor, most recently accusing the man last spring of verbal abuse against his wife; pictured 2019