Democrat Diana DeGette opened the hearing, “Cleaning Up Cryptocurrency: The Energy Impacts of Blockchains”, by saying there needs to be an overall focus on reducing carbon emissions and increasing green energy.

Her colleague, Frank Pallone, said the president’s commitment to carbon-free power by 2035, and a net-zero economy by 2050, couldn’t be met by mining energy-intensive cryptocurrencies with current or old fossil fuel plants.

“Energy required to process transactions on the bitcoin network could power a home for more than 70 days,” Mr Pallone said. “Last year there were hundreds of thousands of transactions on this network, and just imagine the climate implications.”

Brian Brooks, the current CEO of BirFury and former chief legal officer of Coinbase, told the hearing that cryptocurrency mining used 58 per cent of sustainably sourced power compared to 31 per cent for the US economy as a whole.

“What is clear is that the 188 terawatt-hours used by Bitcoin last year out of about 155,000 terawatt-hours consumed globally for all uses, was sourced more sustainably than other uses on average,” he said.

He added that bitcoin miners a better for the renewable energy industry by creating demand for otherwise underutilised energy, like the 1.5 million megawatt-hours wasted in California in 2020.

“Bitcoin miners seek low energy cost and the lowest cost, and lowest cost always comes from excess capacity, which can include wind and solar energy, and energy lost in the distribution process,” he said.

He said clean energy is gaining value in electricity markets while carbon-emitting generation is losing value, adding that appears “likely to push crypto production toward fossil-fired resources for at least the near term”.

“Crypto’s energy consumption is a feature, not a bug,” he said.

“Our datacentres are the catalyst for building a green plant that would otherwise not get built. Computing is a better battery, so computing is reading today to allow renewables to scale to their full potential.”

“It’s clearly not wasted. It’s an asset that large numbers of people are willing to pay for,” he said, adding that proof-of-stake allows a majority shareholder to change the code, rewrite the ledger, and steal everybody’s money.

“Bitcoin in effect, many blockchain systems, are in some key ways notably centralised,” he said. “In the specific case of Bitcoin, just four Just four entities called mining pools control the majority of the mining power, and thus technically can control the whole system.”

Former acting assistant secretary of the US Treasury under President George W Bush, Gregory Zerzan, said inappropriate regulation could strangle the innovation of blockchain by

“Bitcoin is one cryptocurrency but not all cryptocurrencies are meant to be a cash substitute,” he said. “Cryptocurrency is simply the oil that lubricates the blockchain, it is an internal economic incentive for the computing power that blockchain represents.” 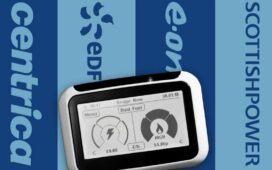 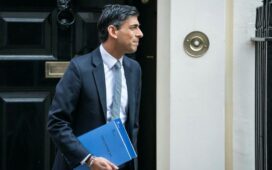 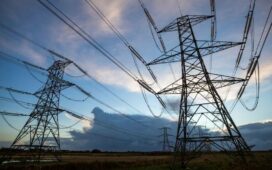