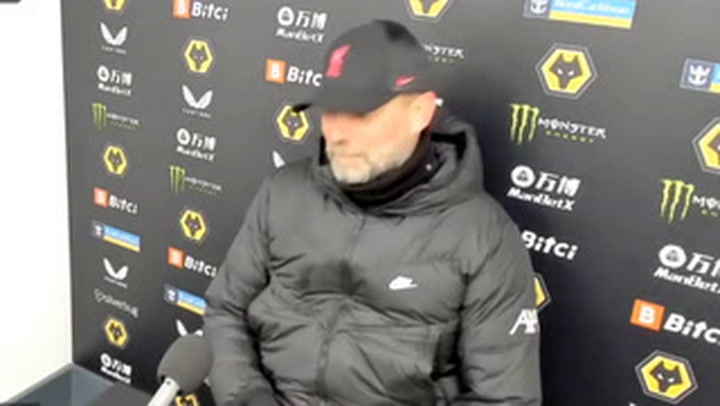 The Liverpool star’s current contract expires in 18 months’ time and the Reds are keen to tie Salah down with a new deal without breaking their wage structure.

And the Egyptian, who has an incredible 19 goals in just 20 games this season, recently expressed his desire to stay at Anfield but claimed the decision is now “in the hands of the management” on Merseyside.

Ahead of Liverpool’s Champions League clash with AC Milan, Klopp was asked whether he was involved in convincing the 29-year-old to agree fresh terms but refused to give much away.

Join the debate! Should Liverpool go all-out to give Salah his demands? Let us know your thoughts here.

“You know what exactly what it’s about,” the Reds boss responded.

“We are talking. Extending a contract with a player like Mo is not a thing you do and you meet for a cup of tea in the afternoon and find an agreement. That’s completely normal.

“There’s really nothing else to say about [it]. Mo speaks about it when he gets asked about it. I can only say a few things because all the rest is not for the public obviously.

“But I’m not sure if he gave the interview in English or if it got translated from Arabic into English, that is a massive issue, how we saw in the last few days again – really a lot of things can happen when somebody tries to do that.

“Mo is fine, I’m fine. I think what we all want is clear and things like this need time, that’s it.”

He told them: “I said it several times, if the decision is up to me, I want to stay in Liverpool,”

“But the decision is in the hands of the management and they have to solve this issue.

Salah has been on fire for Liverpool this season
(

“There is no problem but we have to reach an agreement for the contract. It’s up to them.

“Your financial value shows how much the club appreciates you and that they are ready to do anything for you to stay, but the decision itself is not based on those financial matters only.

“These are all important points when making the decision.”

Have your say! How should Liverpool line up against AC Milan? Pick your team below.

The winger also broke his silence on links with Barcelona after reports emerged that new boss Xavi Hernandez was interested in signing him.

“I read what was said about Xavi’s interest to sign me,” Salah revealed.

“This is something that makes me happy that a team like Barcelona is interested in me, but I’m happy in Liverpool and we will see what happens in the future.

“At the moment, I prefer to stay in the Premier League as it’s the strongest league in the world.”

6 players Michael Edwards has ‘left behind’ on Liverpool transfer shortlist