Jurgen Klopp has laughed off Jose Mourinho’s latest attempts to rile him after the under-fire Manchester United manager launched a staunch defence of his managerial record.

The Portuguese is under intense pressure following back-to-back defeats in the English top flight and demanded ‘respect’ in an explosive press conference after United were beaten 3-0 at home to Tottenham on Monday night.

Ahead of this weekend’s must-win match at Burnley, Mourinho took aim at Klopp, who he believes has been given a free pass by the media despite never having won a trophy during his time at Anfield.

Asked if he would still consider himself to be among the best if he failed to win a title at United, he responded: ‘Of course.

‘Did you read any philosopher or in your information you never spent time reading Hegel? Just as an example Hegel says the truth is in the whole, is always in the whole. ‘Do you ask that question to the manager that finished third in the Premier League or fourth?’

When it was put to Mourinho that Klopp had never claimed to be a great, he replied: ‘Because he never wins anything international for example.

‘That’s his problem, I tell you what I think, I tell what I feel. Jurgen tells you what he wants. And I answer you the question – that’s easy.’

Speaking after Liverpool’s 2-1 win over Leicester on Saturday, a victory which maintained his side’s perfect start to the season, Klopp said: ‘I don’t watch Jose Mourinho press conferences, should I?

‘When he said I haven’t won anything outside of Germany he’s right. That’s easy to see.’ 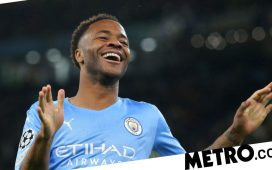