Jurgen Klopp says he feels awkward when publicly praising his own players, but has done so for Mohamed Salah as he hopes the Egyptian will stay at Liverpool for years to come.

Salah is enjoying another excellent season on a personal level, even though it is proving to be a very difficult campaign for the Reds.

Having won the Champions League and Premier League with the Reds it was no surprise that Salah was linked with a move to other giant clubs and he did little to play down any bubbling speculation.

‘I think Madrid and Barcelona are two top clubs,’ Salah told Spanish publication AS in December. ;Who knows what will happen in the future, but right now I am focused on winning the Premier League and the Champions League with Liverpool again.’

Klopp feels there is no real need for him to come out and hail the Egyptian superstar, given his outrageous statistics, but is clear that he wants him to remain at Anfield for a long time to come.

‘It’s just a bit awkward when I have to praise my own players, which I like to do to be honest, but especially in Mo’s case, the numbers speak for themselves,’ Klopp said.

‘Mo is not only a goal-scorer, he has developed as a footballer as well. He is a very, very important player for us and hopefully he will be that for a very long time of course.’

Salah is under contract at Liverpool until 2023, last signing an extension in 2018, so if the Reds do indeed want to keep him long-term then they will have to make him a new offer in the near future.

Klopp insisted he is not worried by his star player’s situation when asked about it last month, saying: ‘It is a normal thing in the world of football.

‘Mo didn’t make a speech, It’s not that we go out and talk about things that we think are important. It’s pretty rare that happens.

‘We get asked questions and we answer – that is the end of the story. But it always sounds like we started the conversation.

‘In Mo’s case it is not like that. I don’t think it will distract this season.’

Salah is likely to be in action when Liverpool travel to South Yorkshire to play Sheffield United on Sunday evening. 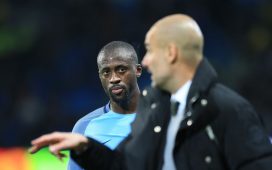 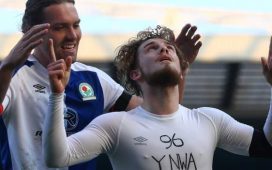 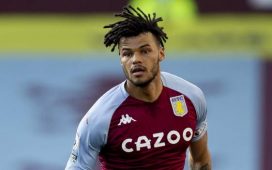