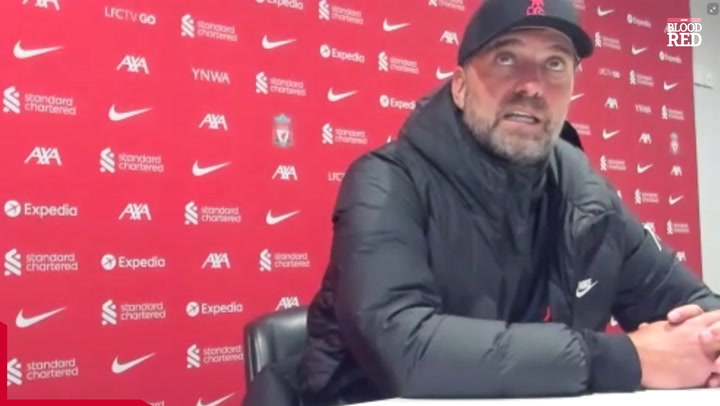 Jurgen Klopp has been branded a “villain” over his touchline bust-up with Mikel Arteta on Saturday which sparked Liverpool into life at Anfield.

The two managers clashed midway through the first half in fiery scenes as both men had to be held back by their colleagues.

Arsenal boss Arteta was incensed by Sadio Mane’s flailing elbow in an aerial challenge on Takehiro Tomiyasu and remonstrated with the referee that the Liverpool forward should be punished.

That angered Klopp, who immediately berated Arteta before tempers flared on the sidelines, eventually leading to each manager being booked.

But despite Arteta being told he made a “mistake” in getting involved with his adversary, it is Klopp who has been cast as the “villain” – at least in the eyes of BBC pundit Garth Crooks.

Which manager was to blame for the fiery feud? Let us know your thoughts on the incident in the comments section.

“So it’s like that then, is it Jurgen Klopp? I wondered what the touchline row was about with Mikel Arteta,” Crooks began on BBC.

“It was clear from Klopp’s post-match interview that he thought that Sadio Mane’s challenge on Takehiro Tomiyasu was fair, but boy did he use the ensuing confrontation with Arteta to fuel the Anfield crowd.

“Liverpool were struggling until that moment and the only mistake Arteta made was getting involved with Klopp in the first place. The row ignited the crowd and Klopp knew it would.

“Mane, the architect of the incident with Tomiyasu, also took advantage of Anfield’s rise in temperature with a well-taken goal and a glorious assist. But it was Klopp who was the villain here, not Arteta.”

Until that point Arsenal had more than met their match in the Premier League fixture at Anfield, though the home supporters were soon whipped up into a frenzy off the back of Klopp’s furious reaction.

It seemed to prompt a renewed effort and feistiness from the Reds’ players too, with Mane perhaps fortunate to escape with just a booking soon after for a robust foul on Ben White near the touchline.

By then, Mane had already given his side the lead, heading home an expert delivery from Trent Alexander-Arnold which this time made its way past Aaron Ramsdale, who had until then been unbeatable in the Arsenal goal.

Klopp responded by cupping his hands to his ears on the sideline with a big grin on his face, no doubt to the ire of Arteta in the opposing dugout.

After emerging from the half-time break a goal ahead, it didn’t take long for Liverpool to cut open the visitors and extend their lead.

Diogo Jota made it 2-0 on 52 minutes, before quick-fire goals from Mohamed Salah and Takumi Minamino settled the tie, leaving Arteta licking his side’s wounds.

Speaking after the match, the Gunners’ boss admitted his team “suffered” after going two goals behind and reflected on his clash with Klopp when the game was tightly poised.

“It was just an action (by Mane), and I try to defend my players and that’s what I did.”

Klopp was insistent that there was nothing wrong with Mane’s challenge, though, and feels his player is unfairly targeted by other teams.

“It was a completely clean situation, nothing happened, two players jumped in the air and didn’t touch each other, really, at least not like a foul,” Klopp said.

Who was Liverpool’s best player vs Arsenal? Rate their display below.

“The bench of Arsenal went up and I asked: ‘What do you want from that?’. There was no contact really, but it looked like everybody wanted a red card.

“I am really sick of these situations, where everybody tries to go for Sadio in these moments. He is a physical player, obviously, he does make hard fouls.

“We had to take Sadio off against Atletico [Madrid in the Champions League ] because they wanted him to get a yellow card.

“The referee did really well in that situation – I deserved a yellow card. It wasn’t not OK and that is what I said. It just happened in the moment.”