Borussia Dortmund misfit Julian Brandt is open to the idea of joining Arsenal at the end of the season, according to reports in Germany.

Arsenal had several bids rejected for Lyon’s Houssem Aouar in the summer transfer window but have turned their attentions away from the Frenchman this winter, with Isco, Joan Jordan and Marcel Sabitzer heavily linked in recent days.

Technical director Edu has made no secret of the club’s ‘need’ for an attacking ‘player with creativity’ and Mikel Arteta has made it clear he’s keen for reinforcements in the middle of the park after an immensely disappointing start to the season.

And according to BILD’s Christian Falk, Brandt has emerged as a serious target for Arsenal, with discussions well underway in north London over a possible bid to land the versatile 24-year-old.

Brandt had an impressive debut campaign at Dortmund last term – after a high-profile €25million (£22m) transfer from Bayer Leverkusen – but has dropped down the pecking order and the Gunners are ready to test the Bundesliga club’s resolve.

Arsenal academy boss Per Mertesacker and Brandt share the same agents and Falk claims the Germany international is ‘tempted’ by the prospect of a switch to the Emirates.

However, Dortmund are not prepared to sanction a transfer midway through the campaign, meaning the Gunners will likely have to wait until next summer to reach an agreement.

Just days before his dismissal at Dortmund, Lucien Favre backed Brandt to bounce back from his recent struggles at the club and urged fans to be patient with the attacking midfielder.

‘People say that he’s not in the best form lately and has had some bad ball losses but I don’t think he’s played that badly,’ he said.

‘Tactically speaking, he runs very well in behind the opponent’s lines. That’s why he plays as a striker sometimes.

‘He is quite fast and can run deep. We need that and he can do it very, very well.’

Dortmund sporting director Michael Zorc said: ‘We know that Julian can play better than he has been recently.

‘The important thing is that he continues to work on himself.’

At his press conference on Thursday, Arsenal head coach Arteta confirmed he was working with the club over potential new arrivals.

‘A lot of things that should have happened in the summer we could not accomplish them for different reasons,’ the Spaniard told the media.


MORE : Sead Kolasinac speaks out after rejoining Schalke on loan from Arsenal 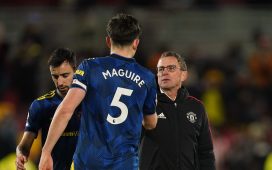