Julian Assange’s partner has said a decision to extradite the WikiLeaks co-founder to the US would be “politically and legally disastrous for the UK”, on the eve of the judge’s ruling.

Assange, 49, faces an 18-count indictment, alleging a plot to hack computers and a conspiracy to obtain and disclose national defence information in a case critics have decried as a dangerous attack on press freedom.

At the Old Bailey on Monday, the district judge Vanessa Baraitser will deliver her decision on whether he should be extradited to face the charges in the US, where his lawyers say he faces up to 175 years in jail if convicted. The US government says the sentence is likely to be between four and six years.

Ahead of Baraitser’s ruling, Stella Moris, who has two children with Assange, said a decision to allow extradition would not only be an “unthinkable travesty” for her partner but would damage cherished British freedoms.

“It would rewrite the rules of what it is permissible to publish here” Moris wrote in the Mail on Sunday. “Overnight, it would chill free and open debate about abuses by our own government and by many foreign ones, too.

“In effect, foreign countries could simply issue an extradition request saying that UK journalists, or Facebook users for that matter, have violated their censorship laws The press freedoms we cherish in Britain are meaningless if they can be criminalised and suppressed by regimes in Russia or Ankara or by prosecutors in Alexandria, Virginia.”

The case against Assange relates to WikiLeaks’s publication of hundreds of thousands of leaked documents about the Afghanistan and Iraq wars, as well as diplomatic cables, in 2010 and 2011.

READ  'I reinvented the hair tie from my uni halls'

Prosecutors say Assange helped the US defence analyst Chelsea Manning breach the Espionage Act, was complicit in hacking by others and published classified information that endangered US informants.

Assange denies plotting with Manning to crack an encrypted password on US Department of Defense computers and says there is no evidence anyone’s safety was compromised.

His lawyers argue the prosecution is politically motivated and that he is being pursued because WikiLeaks published US government documents that revealed evidence of war crimes and human rights abuses.

Kristinn Hrafnsson, WikiLeaks editor-in-chief, said: “The mere fact that this case has made it to court let alone gone on this long is an historic, large-scale attack on freedom of speech.

“The US government should listen to the groundswell of support coming from the mainstream media editorials, NGOs around the world such as Amnesty and Reporters Without Borders and the United Nations who are all calling for these charges to be dropped.”

Assange has been held in the high security Belmarsh prison since police carried him out of the Ecuadorian embassy in London, where he had taken refuge for seven years, and arrested him for breaching his bail conditions.

The UN’s special rapporteur on torture, Prof Nils Melzer, who has visited him in Belmarsh, has said Assange is showing all of the symptoms associated with prolonged exposure to psychological torture and should not be extradited. The court heard he had been diagnosed with Asperger’s syndrome, and psychiatrists for the defence said he suffered from severe depression and was a high suicide risk. 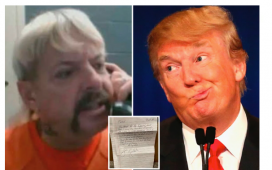 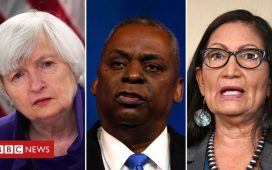 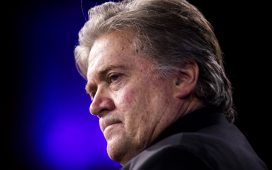 Who is Steve Bannon and what was he convicted of?