Liverpool’s new £45m signing Diogo Jota grabbed a home debut goal as the champions demonstrated their determination to retain an iron grip on their Premier League crown by coming from behind to record an impressive victory against Arsenal at Anfield.

Arsenal, who had won their opening two Premier League games, went ahead after 25 minutes when Alexandre Lacazette took advantage of Andy Robertson’s error to bundle a close-range finish past Alisson but ended well beaten.

Liverpool, who maintained their 100% start to the season and moved second behind Leicester City, responded instantly as man-of-the-match Sadio Mane pounced two minutes later after Arsenal goalkeeper Bernd Leno could only push out Mohamed Salah’s shot.

And Liverpool went ahead before half-time when Robertson atoned for his earlier error by getting on the end of Trent Alexander-Arnold’s cross to beat Leno.

Liverpool were far superior but Arsenal will rue a great chance missed by Lacazette, who shot tamely at Alisson when he was clean through with the score 2-1 and their night was complete when Jota, making his Anfield bow following his move from Wolves, shot low past Leno from the edge of the area.

Liverpool’s response to Arsenal taking the lead sent a powerful message to anyone with hopes of challenging Jurgen Klopp’s side for the Premier League title this season.

In contrast to the collapse we saw from Manchester City once Leicester City took control at Etihad Stadium on Sunday, Liverpool simply went through even higher gears after Lacazette pounced to give the Gunners the lead.

Led by the irrepressible Mane, Liverpool were back on terms within two minutes and a tidal wave of attacks saw them ahead by the interval.

Mane is the star of the show at Liverpool at the moment, outshining even Salah with his potent mixture of pace, work-rate and goal threat.

Liverpool’s squad strength was also on display, with new signing Thiago Alcantara and Jordan Henderson missing through injury, they coped impressively and the icing on the cake was provided by Jota’s lively late cameo, in which he missed a great chance, had one taken off him by Salah and then scored in a moment which clearly delighted Klopp on the sidelines.

The challengers will have hopes of depriving Liverpool of a second successive title – but on this evidence it will take some doing.

Arsenal still a work in progress

Arsenal have plenty of reasons for optimism under Mikel Arteta, fuelled by last season’s FA Cup win and a good start to this term.

This, however, was an illustration of just how far they have got to go and why it is perfectly understandable Arteta is not getting carried away and stressing just how much rebuilding still needs to be done.

Arsenal flirted with danger as they knocked the ball around at the back in the face of Liverpool’s high press, not helped by the lack of quality on the ball when they did work it into midfield.

On the other side, however, they were right in this game until the closing moments and should have scored when Lacazette raced clear only to send a weak finish at Alisson with the score 2-1.

Arsenal return here on Thursday hoping to do better in the Carabao Cup at the start of a run of games that will provide further tests for Arteta, with visits to Manchester City and Manchester United and a home game against table-topping Leicester City.

Liverpool welcome Arsenal to Anfield once again in the Carabao Cup fourth round on Thursday (19:45 BST).

Arsenal then host Sheffield United in the Premier League on Sunday (14:00) and Liverpool travel to face Aston Villa later that day (19:15). 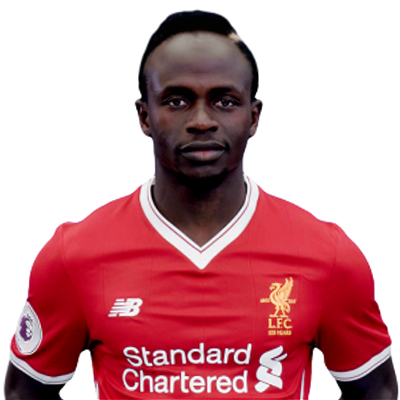 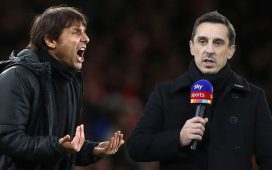