Jose Mourinho has slammed Ajax’s performance following their dramatic Champions League defeat to Tottenham and has criticised Daley Blind and Matthijs de Ligt for being a key part of their second-half collapse.

Ajax appeared on course to reach the Champions League final as they scored twice in the first half in Amsterdam to lead 3-0 on aggregate.

But Lucas Moura scored a second-half hat-trick – which was completed in the sixth minute of injury time – to book Spurs’ place in the Champions League final on June 1.

But Mourinho was not happy with Ajax’s approach after they gained such a comfortable advantage and accused them of treating the second half ‘like they were playing Vitesse in the Dutch league’.

The former Manchester United manager also believes Blind and De Ligt were at fault for the lack of defensive organisation shown by Ajax.

Asked if Ajax needed to change their philosophy when they were leading 3-0 on aggregate, Mourinho told beIN Sports: ‘For me, yes.

‘For me, the philosophy is what makes a team grow up in a direction.

‘Ajax deserve all the credit for that and all the admiration of people like us who love football, and we give them the credit they deserve.

‘But football is a sporting battle and in battles you need strategy.

‘We saw many example in their attacking situations, we had other situations where Blind and De Ligt were outside.

‘The basic thing you do when you have an advantage is keep your balance all the time – never unbalanced.

‘The balance starts exactly with the defensive line in position then after that a certain number of players always behind the ball line.

‘But they stuck with their philosophy, they played the game in the second half like they were playing Vitesse in the Dutch league.

‘They played like it was a group phase game, or one more game in their own league.

‘And I think in this moment they don’t believe what happened to them.

‘Tottenham changed, they used very, very well direct football, they were lucky, they had the gods of football with them, but they chased that luck.’

Bournemouth future could depend on players accepting pay cuts 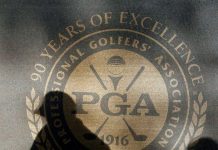