The Portuguese watched on as Harry Kane and Lucas Moura capitalised on defensive errors to put his side to the sword in the second half, although he believes his team won the ‘tactical’ battle.

At full-time, Mourinho went over to the Stretford End to applaud the supporters, with many suspecting he might be bidding farewell to the club.

However, the former Chelsea and Real Madrid coach is adamant that his team are united and that his squad back him.

‘The market is closed,’ he told Sky Sports. ‘There is no market until January 1.

‘What I said before I’ve told and I don’t want to talk about that. I just think that if anyone that watched this game and many thousands of our fans look to the game. One thing they know for sure, the team is united.

‘The team doesn’t fight the way they fought if the team is not united. I think to stop with untruths, it should be time for that. If not people do not believe what they read.

‘The empathy, the solidarity with the players, the dignity. The team is united.

‘There are no unions without the manager.’ 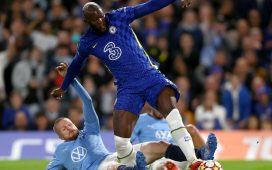