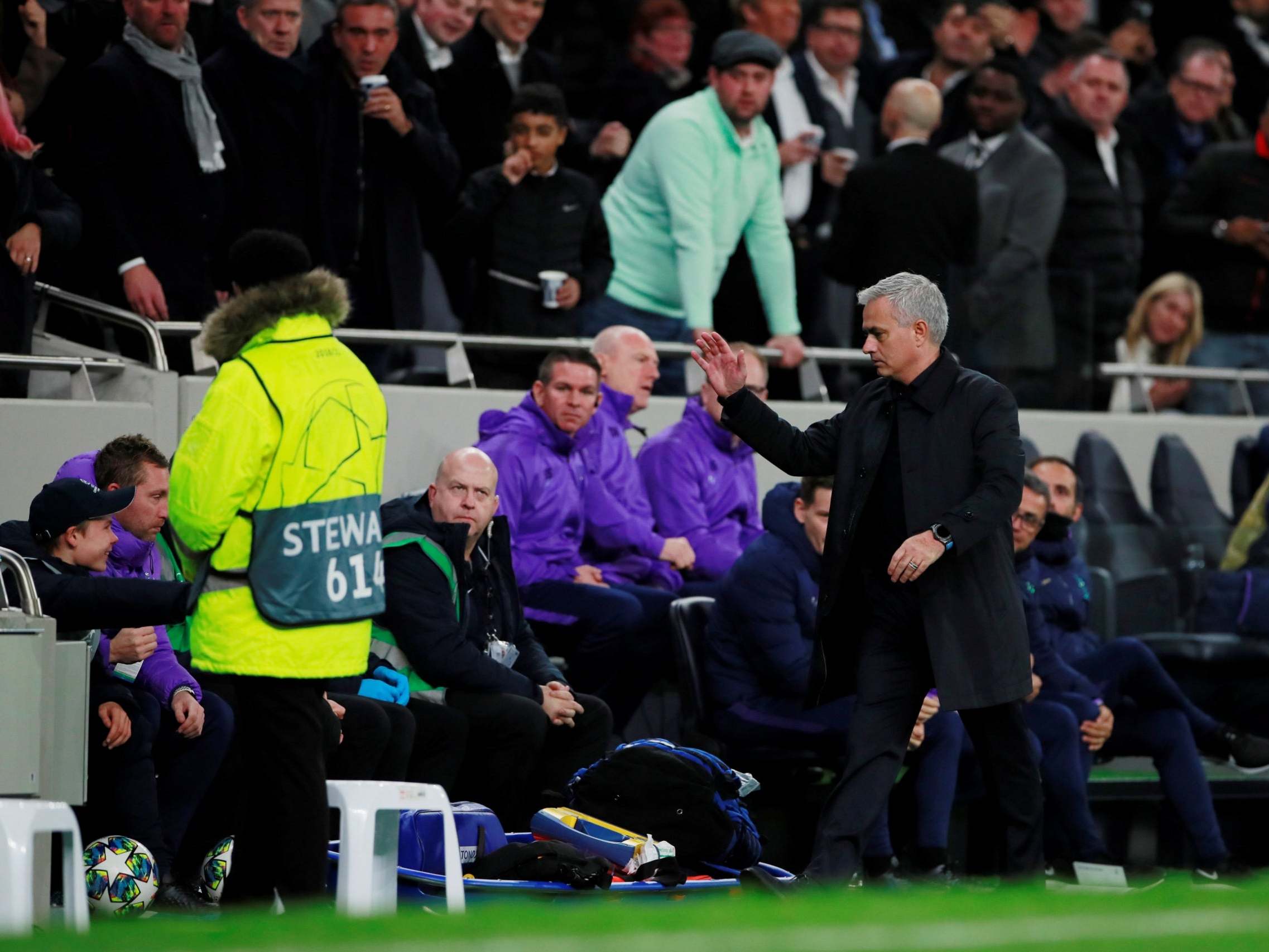 Jose Mourinho apologised for substituting Eric Dier and praised a quick-thinking ballboy after Tottenham came from two goals down to beat Olympiakos 4-2 and qualify for the knockout stages of the Champions League.

Mourinho’s first home game as Spurs boss looked set to be spoilt as the Greek visitors capitalised on a woeful start by the hosts to lead through goals to Youssef El Arabi and Ruben Semedo.

The Portuguese coach reacted by hooking defensive midfielder Dier with just 29 minutes played in favour of the more attacking talents of Christian Eriksen.

And the change helped spark a superb fightback as Dele Alli’s first European goal for more than two years, a brace from Harry Kane, and a rare Serge Aurier strike sent Tottenham into the last 16.

Kane’s first, which levelled the Group B encounter early in the second period, came after a ballboy set Spurs on the attack by quickly throwing on a replacement ball for a throw-in, prompting praise from Mourinho.

“In the end, I wanted to invite him to the dressing room to celebrate with us, but he disappeared. I don’t know where he is but very good ballboy.”

After Mourinho’s reign began with Saturday’s win at West Ham, his debut on home turf started in dismal fashion.

El Arabi fired home from the edge of the box inside six minutes before defender Semedo doubled the advantage in the 19th minute to the delight of the passionate travelling fans.

Mourinho then reluctantly made the difficult decision to bring off Dier and replace him with Eriksen, a move which was eventually vindicated with a result which guarantees Spurs second spot in the group.

“I needed at that time a second creative player. I had to do it for the team. I apologise for Eric. He knows I did it for the team and not with an intention to hurt him.”

Midfielder Alli, whose previous European goals came in a 3-1 win over Real Madrid back in November 2017, made Mourinho’s half-time team talk significantly easier by tapping home after a mistake by Yassine Meriah.

England captain Kane then slotted in leveller after the ballboy allowed Lucas Moura to be released for the assist. After Aurier slammed Spurs ahead, Kane’s second sent him into the record books as he is now the fastest player to 20 Champions League goals, only needing 24 games.

Mourinho, referencing a forthcoming Amazon documentary, revealed he refrained from harsh words at the break, with last month’s 7-2 home defeat to Bayern Munich part of his thinking.

“I think if you wait a few months and buy the Amazon movie, you will get it,” Mourinho joked.

“I had to be a soft version of myself because it was a bit of a surprise for me but I felt that the players’ self-confidence playing at home with not the best results, probably with the Bayern game behind their thoughts, I felt they were in need of some love at that time, and not a critical, but more of a one to give them emotional balance.”