Cristiano Ronaldo’s agent Jorge Mendes will reportedly meet with Juventus in the coming days to thrash out the Portugal star’s future.

And cash-strapped Juventus could look to save £75m by letting him go, according to reports from Italy.

Ronaldo will enter the final year of his contract with the Serie A giants later this week, with thoughts now turning to next season after Portugal were knocked out of Euro 2020.

The 36-year-old has been tipped to leave Turin this summer, with former clubs Manchester United and Real Madrid having been touted as potential destinations, along with mega-rich Paris Saint-Germain.

Super agent Mendes will head to Italy this week to discuss Ronaldo’s future with Juve chiefs, according to La Gazzetta dello Sport, cited by Record.

There is no official bid on the table for the forward, the report claims – with Sky Sport Italia saying Ronaldo would have to accept a pay cut to entice another club into signing him.

Juventus would reportedly consider bids of at least €29million (around £25m) for the superstar – and Record claims they would save an additional £50m on the remaining year of his contract by selling him this summer.

A return to Old Trafford would be a dream for many United fans, after he helped inspire the Red Devils to three Premier League titles, a Champions League triumph and the Club World Cup.

Who should Cristiano Ronaldo sign for? Have your say in the comments below

Last week, Spanish publication Marca reported that Ole Gunnar Solskjaer would throw Paul Pogba into a swap deal that would see both players return to their former clubs.

The France midfielder’s future is also up in the air as he enters the final year of his contract, with speculation over his future having dragged on for several seasons.

Juve have always been keen on bringing back the 27-year-old, while Pogba has also hinted in the past he would not be against a move to Italy.

PSG could beat United to the signing of Ronaldo, raising the prospect of one of the most dangerous frontlines to ever be seen in football.

Mendes has also been in France to speak with the Ligue 1 outfit – who would boast an attack of Neymar, Kylian Mbappe and Ronaldo if they were successful in landing the five-time Ballon d’Or winner.

Even Barcelona have been linked with a potential move, after president Joan Laporta said it would be ‘a dream’ to twin Ronaldo with his great rival Lionel Messi. 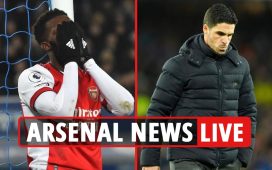 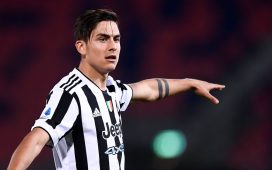 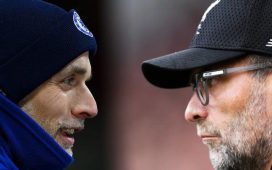