Jordan Henderson has laughed off Roy Keane’s jibes – and insisted he is not just along for the ride in the Euros.

TV pundit Keane claimed Henderson’s lack of match fitness meant the Liverpool captain would just be a “cheerleader” for the England squad because he is regarded as an important character in the dressing room.

Former Sunderland manager and Manchester United legend Keane said: “Does he do card tricks? Does he have a sing-song? Does he do quizzes in the evening? What does he do?”

But Henderson, who has only played 45 minutes of football since February and that was in the final friendly with Romania on Sunday, says he is fit and ready to play a major part.

“Listen, as a player you want to play and I’m not coming here just to be around the camp, like Roy was saying.

“I want to come here and I want to contribute in the games. How much of that is not really down to me, it’s up to the manager to make a decision.

“But whenever I’m called upon, I’ll be ready and hopefully I can be a big contribution to this tournament and our success going forward.

“So, yeah, listen, we know a little bit more detail, I know more detail and so does the manager, which Roy may not.

“But in terms of stuff like that, everyone’s going to have an opinion, everybody’s going to think they know better than everybody else.”

One thing which is not in doubt is Henderson’s experience and quality for England if he is fit and ready to start games this summer.

Henderson may be struggling to start against Croatia on Sunday just because of the game time he has missed, having not played for Liverpool after having a groin operation following an injury sustained in February.

But Henderson never lost heart and always believed he would be fit to join Gareth Southgate’s squad for the Euros this summer. However, with Henderson and Harry Maguire both struggling for match fitness, it has left the squad short of experience in key areas,

Henderson said: “I was still quite positive and thought I had enough time to train and get back, if not for the end of the season then this tournament.

“I was always quite positive and so were the physics to be fair, but when you’re going through the injury and rehab and stuff, you’re always aware of the timeframe, but I’ve worked really hard.

“I’m fit. You probably wouldn’t know, but I’ve trained for a long time. It’s a little bit different training on your own instead of team training, which I managed to do towards the back end of the season with Liverpool.

“I’m going into the tournament in a good place, but I also realise I haven’t played that much in recent months. But I feel really good and hopefully I can be ready whenever called upon.”

Henderson is obviously desperate to start against Croatia on Sunday and, having played such a key role in the 2018 World Cup, he is out for revenge against their nemesis in the semi final in Russia,

He added: “We maybe owe them off last time but we don’t need any extra motivation to be honest, we’re going into a European Championship where we want to be successful and the first game we know is crucial.

“It’s a big game in itself. We don’t need any extra motivation, we know Croatia are a good team, as they proved in 2018. It’s a difficult game but again one we’ll look forward to.” 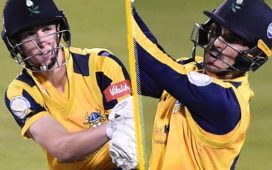 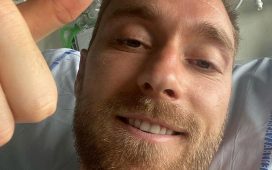 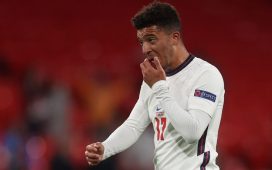