The Jonas Brothers returned to the spotlight in 2019 after a nearly seven year musical hiatus.

And the talented trio, consisting of brothers Nick, Joe, and Kevin Jonas, announced on Friday morning that the success of their reunion has granted them a Las Vegas residency at the Park MGM resort.

‘Let’s get it! Let’s gooooo!!’ shared the brothers excitedly to the band’s Twitter page. 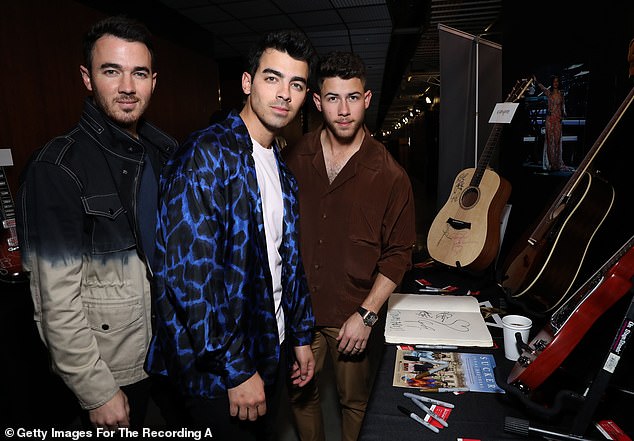 Vegas, here they come: The Jonas Brothers announced Friday morning that they’d be the next act to call Park MGM ‘home’ during their Las Vegas residency in April of this year

The band will occupy the Park Theater and, hopefully fill its 5,200 seats, from April 1st to April 18th.

‘CITI presale starts Monday, 1/27 at 10AM PT,’ informed the brothers on social media.

Along with the announcement, the trio posted a video featuring footage from their Happiness Begins tour to get fans excited about the visual potential for their Vegas shows.

Get hyped: Along with the textual announcement, the brothers shared a 30-second clip to their Twitter that featured footage from their current Happiness Begins tour

Save the date: The Jonas Brothers will be performing in the Park Theater at Park MGM from April 1st to April 18th

In March of 2019, the former teen pop figureheads released their single track Sucker, which came as a shock to fans, as the group had announced their seemingly finite split in 2013.

During the time of the breakup announcement, the bandmates stated that differences in creative visions for their planned fifth studio album prompted them to go their separate ways

They’d attempt to close out the band’s musical chapter for good by releasing a live album featuring a slew of tracks from the incomplete fifth record in November of the same year.

Pre-sale: To make sure superfans snatch up tickets before anyone else, the band of brothers announced that there would be a pre-sale for Citi Card members

Rockstars: The Jonas Brothers have been busy on their Happiness Begins tour which began in August of 2019

During their split, Nick Jonas and Joe Jonas pursued a slew of different musical endeavors, from Nick’s solo career to Joe’s involvement in the pop band DNCE.

Nick would find the most personal success after the release of his second solo record in 2014, that featured the hit singles ‘Jealous’ and ‘Chains.’

But nearly 6-years later, the band of brothers returned to the music scene as a complete unit, releasing their comeback album Happiness Begins in June of 2019.

And they appear to be more musically inspired – and closer – than ever.

Palladium: The next LA show for the trio will take place at the Hollywood Palladium on January 25th

Little details: There are few details about just how elaborate the Vegas residency will be, but the 30-second clip shared to Twitter gave fans an idea

The Jonas Brothers, originally to be named the Sons of Jonas, formed in 2007 after brother Nick was accidentally overheard singing by a talent executive, while getting his hair trimmed at a New Jersey barber shop.

Nick, along with his brothers, provided the executive with a demo featuring all three of their musical abilities and they were, eventually, signed.

Their debut album It’s About Time was an undeniable success and featured the Radio Disney friendly tracks, Year 3000 and Mandy. 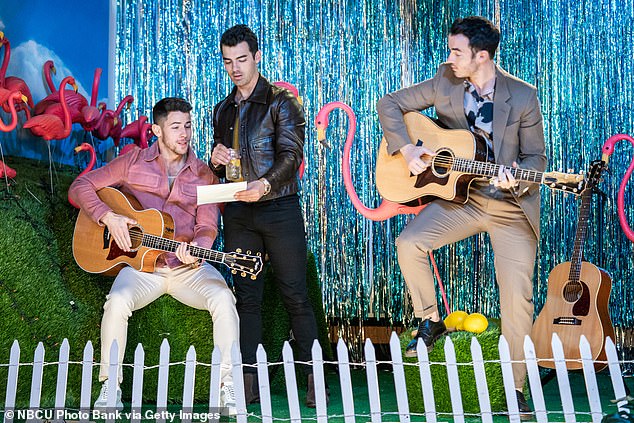 Performers: The band began in 2007 when they were snatched up by Disney; seen here performing during Late Night with Seth Meyers

In 2007, the trio would leave their former label and signed with Hollywood records, which was under the Disney umbrella.

10-years later, and the much older – and wiser -pop stars are set to perform another Los Angeles show on their Happiness Begins tour on January 25, which began in August of last year.

Their Hollywood Palladium gig will be their second to last show in the US before embarking on the European leg of the tour.

On Wednesday night, Nick revealed that his brothers will serve as his ‘battle advisers’ on this season of The Voice. 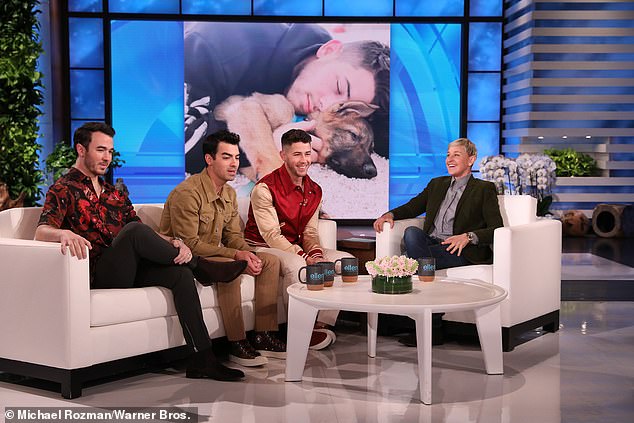 They’re everywhere: The Jonas Brothers have been infiltrating the screens and homes of many this week, after appearing on both the Ellen show and Late Night with Seth Meyers

‘Well, it’s time to tell you exactly who my advisers are, my mentors are for my team,’ Nick began in the video.

‘These two guys are some of the most trusted people in my life. It’s Hall and Oats!’ Nick exclaimed, before revealing he was joking.

‘No, just kidding, it’s Joe and Kevin Jonas! These guys are my brothers, my band mates, my best friends, and they’re gonna help me take Team Nick to the next level.’ 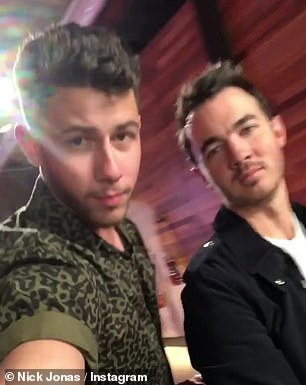 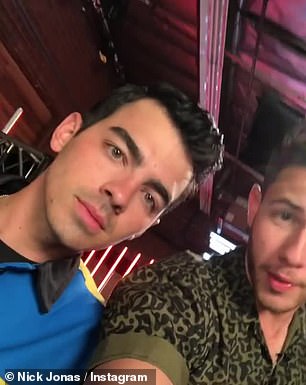 Surprise: Nick Jonas, who is a current coach on the voice, announced on his Instagram via video that brothers Kevin (left) and Joe would be assisting him on the show’s current season

Joe chimed in and added, ‘All the way to the top,’ while Kevin added, ‘We’re gonna win.’

Joe added, ‘Coming for that trophy… is there a trophy?’ as Nick confirmed, ‘Yeah, there is’ before ending the video with, ‘Here we go.’

Jonas was announced as the new judge on the NBC singing competition back in October.

Nick will be joined by judges Kelly Clarkson, John Legend and Blake Shelton in Season 18, which will premiere on NBC in the spring. 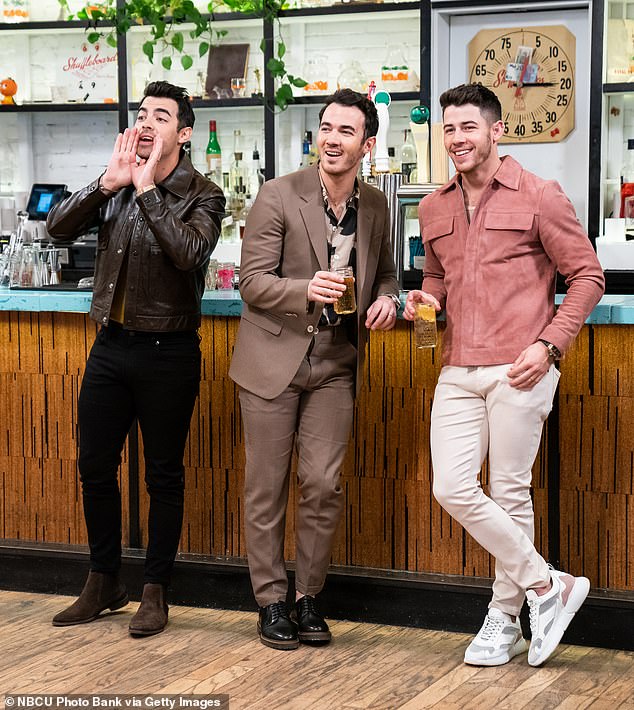 All together: The trio appeared on Seth Meyer’s late night talk show in the sketch ‘Day Drinking with the Jonas Brothers’ on January 21st in New York