Johnson ‘will not hesitate’ to impose more virus restrictions


Boris Johnson has put the British public on notice that more coronavirus restrictions could be imposed soon as his chief scientific adviser admitted the virus was not “under control”.

Speaking at a press conference in Downing Street, the prime minister said he would defy those who wanted the government to “give up and let the virus take its course” with a huge loss of life.

“If the evidence requires it, we will not hesitate to take further measures that would, I’m afraid, be more costly than the ones we have put into effect now,” he said.

The warning came just hours after the government sought to quell a rebellion by Tory MPs by promising parliament would vote on Covid-19 measures “wherever possible” before they come into force.

After six gruelling months, Mr Johnson insisted that the public did not want to “throw in the sponge” and were determined to keep fighting the virus.

We’ve got a long winter ahead of us

The comments are a show of defiance to Conservative MPs who are increasingly worried about the economic damage caused by further restrictions — and wary about the influence of unelected scientists in Number 10.

The government admitted on Wednesday that taxpayers face losses of up to £23bn so far in bad loans across its emergency business bailout schemes.

Mr Johnson said it was still too early to know whether recent measures, such as the “rule of six” limiting the size of gatherings, were having an impact on the spread of infections.

“Things are definitely going in the wrong direction,” said Patrick Vallance, chief scientific adviser, speaking alongside the prime minister: “We don’t have this under control at the moment . . . there’s no cause for complacency here at all.”

Chris Whitty, chief medical officer, warned: “We’ve got a long winter ahead of us.”

The latest daily data showed a continuing uptick in infections with 71 deaths and 7,108 cases. Sir Patrick made the case, however, that data was not directly comparable with the spring when there was much less testing.

Mr Johnson insisted that the pandemic was a problem across the country, despite the imposition of stronger measures in certain regions. “It’s vital to stress that this remains a national threat and a national challenge.”

But interim results from England’s largest study on coronavirus rates of infection, published early on Thursday, provided hope infection rates were slowing towards the end of September.

The study, from Imperial College London and Ipsos Mori, carries out tests on more than 150,000 participants each month over a two-week period to examine levels of infection in the population in England.

More than 80,000 volunteers were tested between September 18 and September 26. The findings showed a substantial increase in infections across the country before the R number fell to about 1.1, “suggesting the growth of infection may be slowing”, the health department said. It estimated 1 in 200 people in England were infected with the virus, “reinforcing the need to remain vigilant”.

Infection levels increased across all age groups and regions, the study found. They were highest in 18-24 year olds, with 1 in 100 infected, and cases increased sevenfold in those aged over 65. The north-west had the highest levels of infection and the number of infections in London increased fivefold.

Paul Elliott, director of the programme at Imperial from the School of Public Health, said while the latest findings “show some early evidence that the growth of new cases may have slowed, suggesting efforts to control the infection are working”, the prevalence of infection was the highest the study had recorded to date.

On Wednesday afternoon, ministers bowed to pressure from Tory MPs and opposition parties and announced that the House of Commons would be able to vote on some new virus restrictions. The climbdown will mean greater scrutiny of national measures by MPs — although not regional restrictions.

Matt Hancock, health secretary, said: “For significant national measures with effect in the whole of England or UK-wide, we will consult parliament wherever possible, we will hold votes before such regulations come into force.”

The government’s pledge of more parliamentary scrutiny was applauded by Graham Brady, chair of the 1922 backbench committee and rebel ringleader, who said the concessions showed a “real promise of transparency and engagement”.

But Labour’s Chris Bryant said the promise was “not worth the paper it’s not been written on”.

MPs voted in favour of renewing the emergency Coronavirus Act by 330 votes to 24 — including seven Tory rebels.

Earlier, the Speaker of the House of Commons accused the government of treating parliament with “contempt” over its handling of coronavirus restrictions.

Lindsay Hoyle said he would not allow a vote on a parliamentary amendment proposed by Sir Graham seeking greater parliamentary oversight of restrictions. But he criticised the way ministers had used statutory instruments — a type of secondary legislation not necessarily needing parliamentary approval — to impose the limits.

At prime minister’s questions Mr Johnson came under fierce criticism from Labour leader Keir Starmer, who questioned how the public were supposed to understand coronavirus restrictions if the government was not clear about them.

Mr Johnson was forced to apologise on Tuesday after mischaracterising the rule of six.

Sir Keir said that over the past 24 hours there had been “widespread confusion about the restrictions”.

We are exploring the impact of the pandemic on young people and want to hear from readers between 16 and 30. Tell us about your experiences from the past six months via a short survey. 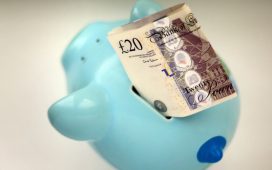