BP, Royal Dutch Shell, National Grid, SSE and Drax want the government to set the target ahead of the UN COP26 climate summit in Glasgow next year, following Mr Biden’s pledge during the US election campaign to decarbonise his country’s electricity system by 2035.

While some in the sector believe a similar target would be very ambitious for the UK, many analysts argue the debate will be more about how it is achieved and at what cost.

“There’s not a technical problem of getting to net zero, there’s a policy problem,” said Tom Burke, chair of the think-tank E3G.

National Grid has forecast that the power system could surpass net zero as early as 2030, although it has yet to release analysis on the costs of such a rapid decarbonisation. The companies are hoping for a consultation on the best date before next year’s Budget.

“The electricity sector will be the backbone of our net zero economy,” they wrote in a letter to the prime minister and cabinet ministers on Monday, pointing out that Britain’s actions against climate change so far had encouraged “similar international actions”.

“To build on these and continue UK leadership on electricity sector decarbonisation, we call on the UK to commit to a date for a net zero power system ahead of COP26, to match the commitment of the US president-elect’s clean energy plan.” The letter is also back by the Singapore-headquartered energy group Sembcorp.

Alistair Phillips-Davies, SSE’s chief executive, said a target would help “focus industry and investors’ minds on the job in hand”.

To reach its legally-binding 2050 net zero emissions target adopted last year, Mr Johnson has set out a green energy plan and already proposed targets for other parts of the economy, including a ban on the sale of new petrol and diesel cars after 2030.

Energy companies are hoping for greater clarity from the government in a long-overdue white paper expected to be published in the coming weeks. The government’s climate advisers will also next week set out in detail how they believe the UK can reach the 2050 target.

Richard Howard, research director at the consultancy Aurora Energy Research, said matching or bettering Mr Biden’s proposed 2035 date in the UK would, on the one hand, be “easier” than trying to get to a net zero power system by 2050 as “we’ll have less power demand in 2035 than we are likely to have in 2050”.

“You’ve got fewer electric cars on the road and less electric heating [to replace gas boilers],” he said. “What makes it harder is delivering the kind of volume of capacity in that space of time.”

Power stations in Britain released 57.4m tonnes of carbon dioxide last year — 16 per cent of the UK’s total CO2 emissions — although the amount has fallen 71.7 per cent since 1990 as the government has pushed to phase out polluting coal-fired generation “no later” than 2025.

However, natural gas, which has played a big part in the replacement of more-polluting coal plants along with carbon pricing and the rise of renewables, was the biggest single source of electricity generation last year, at nearly 41 per cent. It helped to fill gaps when technologies such as wind and solar were not operating and during colder months.

Nuclear power supporters claim the challenge will be complicated as Britain loses all but one of its current reactor fleet by 2030 with only one new plant under construction, Hinkley Point C in Somerset.

National Grid’s forecasts for a net zero power system before 2035 include “negative emissions” technology, which removes C02 from the atmosphere and stores it in the sea, on land or underground, allowing for a continued, although smaller, role for gas. But the UK has yet to deploy such technologies at scale. Some projects, such as in the Humber region, are looking at blending in and ultimately replacing gas in power plants with hydrogen.

Supporters of renewables, on the other hand, believe wind and solar combined with technologies such as battery storage would be a better route, particularly if the energy system became more “flexible” — for instance making use of electric vehicle batteries to supply and remove electricity from the grid. Opponents argue this does not answer how to ensure a stable supply in winter when demand is high and the contribution from renewables lower.

Some environmentalists also argue the debate is too focused on increasing supply.

“Far too little attention has been given to reducing energy use in the first place,” said Libby Peake of the Green Alliance think-tank.

“This should be a fundamental plank of energy policy, and includes ending undue dependence on cars, ensuring we don’t overheat or overcool buildings and promoting new infrastructure and business models that cut our use of products and materials.”

The government did not give an immediate response to the letter but said its green energy plan “demonstrates the UK’s commitment to reach net zero carbon emissions by 2050” and that it would give “more detail shortly”. 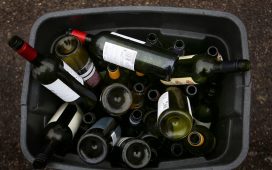