Boris Johnson is pushing ahead with the removal of almost all remaining coronavirus restrictions in England on July 19, despite warnings from his own scientists that the pandemic is worsening.

Johnson struck a downbeat note as he admitted that case numbers could almost double to 50,000 a day by the reopening date, with deaths likely to continue rising.

Flanked by his scientific and medical advisers, Johnson admitted there was a possibility that restrictions might have to be reimposed in the winter and said he would continue to wear a mask in crowded situations.

Keir Starmer, Labour leader, accused Johnson of being “reckless” and sided with unions that want mask-wearing to remain compulsory in enclosed places and on public transport.

However, Johnson said it was time to end “government by diktat” and to trust people to take responsibility for tackling the virus.

If all goes to the UK prime minister’s plan, legal limits on social gatherings will end on July 19, along with legal requirements on the wearing of masks and social distancing. The “work from home” guidelines for business would be scrapped.

All remaining businesses, including nightclubs, would reopen, while pubs, theatres and sporting venues would be able to operate at full capacity.

While some Tory MPs shouted “hallelujah” at the news that legal Covid restrictions would be lifted unless data sharply deteriorated — a final decision will be taken on July 12 — scientists were far more cautious.

Patrick Vallance, chief scientific adviser, said the successful vaccine programme had weakened the link between infections and hospitalisations but had “not completely broken the link”, warning that “we are in the face of an increasing epidemic at the moment and we need to behave accordingly”.

See also  Are pay-by-the-minute booths the future of work?

Chris Whitty, England’s chief medical officer, said there was a “really clear consensus” that some measures and caution would be required. But he supported Johnson’s plan.

“At a certain point, you move to the situation where instead of actually averting hospitalisations and deaths, you move over to just delaying them,” he said.

Johnson’s plan for ‘living with Covid’ in England

The latest data showed another 27,334 coronavirus infections in the UK, a 53 per cent rise in the past seven days. Hospitalisations increased 24 per cent over the same seven-day period. A further nine Covid-19 deaths were reported on Monday.

While other ministers, including chancellor Rishi Sunak, have boasted about throwing away their masks as soon as possible, Johnson said he would carry on wearing his in crowded situations and as a “courtesy”.

Labour argues that the mixed messages will sow public confusion, and ministers admit that Sadiq Khan, London mayor, might retain the need for mask-wearing on public transport in the capital.

Johnson argued that the government was pressing ahead with ending restrictions because of the “firebreak” of school summer holidays. The alternative would be to wait until 2022, after the winter flu period. “If we don’t go ahead now, when would we?” he added.

Gavin Williamson, education secretary, will on Tuesday announce the scrapping of the “school bubble” system of self-isolation, to be replaced by testing.

Quarantine-free foreign travel to “amber list” countries for double-jabbed adults and their children could resume later this month.

The gap for vaccinating under-40s will be shortened from 12 to eight weeks. All legal restrictions will be lifted that put limits on indoor and outdoor gatherings. Limits on large events will also be lifted.

A handful of legal restrictions, however, will remain. Those who test positive for Covid-19 will still be required to self-isolate and follow social-distancing rules. Masks will also be required at ports of entry into the UK.

Johnson said he would do “everything possible” to avoid reimposing restrictions but a government document said that Covid-status certificates could “provide a means of keeping events going and businesses open, if the country is facing a difficult situation in autumn or winter”.

Scientific opinion, however, is split on whether Johnson has made the right decision to press ahead with the final easing in the face of rising infections.

Katherine Henderson, president of the Royal College of Emergency Medicine and a consultant at St Thomas’ Hospital in London, said the government had demonstrated “a degree of machoism and triumphalism” in the build-up to July 19.

“We are not in a wonderful situation and the pandemic is not suppressed. Instead, the next stage of unlocking is really the lesser of multiple evils,” she said. “We must be careful to maintain a really delicate, nuanced message.”

Henderson also said she worried that high levels of infections among young people would hit the NHS workforce, with staff forced to self-isolate. “Every day my rota is short because people are self-isolating,” Henderson said, adding that she expected more staff absences after July 19.

But Paul Hunter, professor in medicine at the University of East Anglia, said: “There is a general consensus that Covid will never go away. Our grandchildren’s grandchildren will be getting infected with Sars-Cov-2.”

Prof Hunter said it would be best to relax restrictions on July 19 with the summer ahead, schools closed and most adults having completed their course of vaccination. In the autumn, schools will be back, immunity beginning to wane and flu reappearing.

“So even though case numbers are rising quite rapidly at present, possibly as a consequence of celebrations around the Euros, I still think it would be safer to lift restrictions now than in the autumn,” he said, referring to the Euro 2020 football tournament. 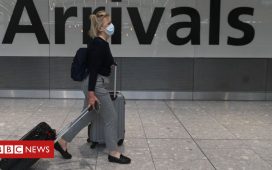 Fully-jabbed from EU and US could avoid quarantine

Just Eat slammed for hiking its ‘service charge’ from 50p to as much as £1.99 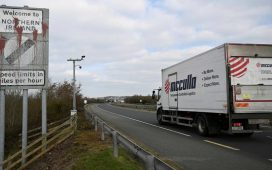