Boris Johnson has issued an open invitation for disaffected Russian scientists to defect to the UK, as he used the G7 summit to argue that allowing Russia to prevail in Ukraine would usher in a highly damaging era of global instability.

As part of an expansion to a twinning system with Ukrainian universities, allowing Ukrainian academics to continue their research at UK institutions, Johnson said this offer extended to their Russian counterparts.

“To the Russian scientists and researchers who are looking upon Putin’s violence in dismay, and who no longer feel safe in Russia: you should feel free to apply to come to the UK and work in a country that values openness, freedom and the pursuit of knowledge,” Johnson said.

The so-called researchers at risk scheme, which now has an expanded budget of almost £10m, will see about 130 Ukrainian academics brought to the UK and supported.

The prime minister has focused significantly on Ukraine at the G7 gathering in southern Germany, and while UK officials say the summit has seen unprecedented unity among world leaders over long-term support, there has been little in the way of concrete action.

Downing Street said it hoped this would happen at the subsequent Nato summit in Madrid, to which Johnson will travel on Tuesday.

Johnson’s spokesperson said that while it remained to be seen what the end-of-summit G7 communique contained, Johnson’s main goal for the event had been to help ensure “complete unity”.

He added: “Obviously, this G7 shouldn’t be seen in isolation, because we then move straight into Nato, where I think you might see more of the detailed elements of how that support and commitment might play out.”

In efforts heightened by Russian rocket attacks on civilian targets during the summit, Johnson has argued that while support for Ukrainian resistance will bring more price rises and other economic pain, the consequences of a Russian victory would be far worse, including for Britons.

Likening the need to oppose Russia to the situation in the second world war, Johnson said that while opposing fascism also brought enormous costs, it then led to decades of prosperity and stability.

Speaking to BBC News, Johnson said there was a need for “strategic endurance”.

He said: “Just in terms of staying the course, imagine if we didn’t. Imagine if we allowed Putin to get away with the violent acquisition of huge chunks of another country, a sovereign independent territory – the lessons for that would be absolutely chilling in all of the countries of the former Soviet Union.

“In terms of the economic effects, that would mean long-term instability, and anxiety across the world.”

Overall, the prime minister argued, “the price of freedom is worth paying”. He said: “Just remember, it took the democracies in the middle of the last century a long time to recognise that they had to resist tyranny and aggression. It was very expensive.

“But what it bought in the end, with the defeat of the dictators, particularly of Nazi Germany, it bought decades and decades of stability, a world order that relied on a rules-based international system. And that is worth protecting, that is worth defending, and that delivers long-term prosperity.”

The impact of a Russian victory would, Johnson added, “also be felt in east Asia”, an apparent reference to Chinese ambitions in Taiwan.

Asked about this, Johnson’s spokesperson said he was not going to identify individual countries, “but I think the prime minister is aware of the sort of lessons of history about not being seen to take robust action when authoritarian leaders are watching carefully”. 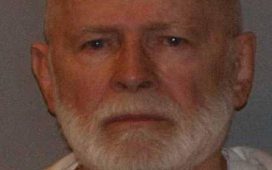 Fires and explosions reported at military targets in Russia and Crimea 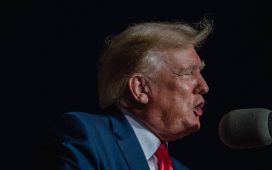 Ryan Giggs tells court ex-girlfriend was ‘happy that I persisted’ 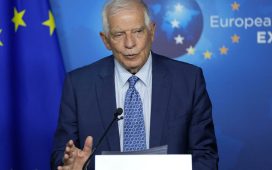 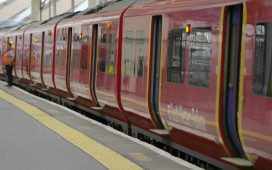