Boris Johnson and Rishi Sunak will urge UK pension schemes to back Britain’s “entrepreneurial spirit” with billions of pounds of savers’ funds to fuel the economy’s post-pandemic recovery in a message to investment bosses.

The prime minister and chancellor will issue a joint call to action on Thursday aimed at “igniting an investment big bang” that would “unlock the hundreds of billions of pounds sitting in UK institutions”.

Citing the success of long-term investment programmes by Australian and Canadian pension schemes, Sunak and Johnson will say that British pensioners are missing out on “better retirements” after investors focused too heavily on the returns from stock market listed companies.

In a letter to institutions that one critic said was little more than “hot air”, the pair will say that they would prefer UK investors to broaden their horizons and direct more of their savings towards more high risk research projects and new startups to support the government’s “levelling up” agenda and “UK assets that require longer-duration investments”.

“It’s time we recognised the quality that other countries see in the UK, and back ourselves by investing more money into the companies and infrastructure that will drive growth and prosperity across our country,” they said.

“We want to see UK pension savers benefiting from the fruits of UK ingenuity and enterprise, being given the opportunity to back British success stories and secure higher returns and better retirements.”

Some industry leaders said they recognised the need for pension funds to increase the proportion of longer term investments, though they said the government would need to speed up plans for changes to City regulations before that could happen.

Chris Cummings, chief executive of the Investment Association, said the government initiative would “require a new partnership between the regulatory authorities and industry to ensure that pension funds and retail investors have access to transparent, well governed funds that return good value for money”.

Critics warned that pension schemes would become riskier and more expensive to run and accused the prime minister of failing to understand how they worked.

John Ralfe, an independent pensions consultant, said: “This is 90% hot air from the prime minister.

“Defined benefit pension schemes need assets that generate a guaranteed inflation linked return to pay guaranteed pensions. Most of the things the PM is banging the drum for don’t do this.

“For defined contribution auto-enrolment pensions investments should be as transparent as possible and as cheap as possible. Again, most of the things being pushed here don’t do this.”

The Treasury said it would support a relaxation of fund management charges to encourage investment managers to assess risky investments and longer term projects as part of a wider overhaul of strict regulatory investment rules.

The letter said: “The UK’s economy possesses a rich pool of assets ripe for long-term investment and bolstered by a world-leading research sector, commitment to the green technologies of the future, and British entrepreneurial spirit.”

See also  Stellantis to extend production halt at Italy's Melfi due to chip shortage, union says
Share on FacebookShare on TwitterShare on PinterestShare on Reddit
newscabalAugust 4, 2021 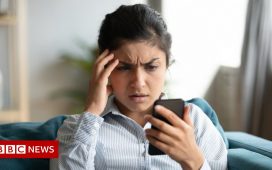 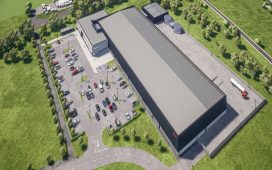 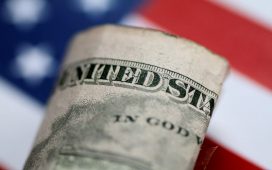