John Stones could be set for an England recall after his return to form with Manchester City.

Stones, 26, has not played for England in more than a year and has fallen down the pecking order in Gareth Southgate’s plans.

But Stones is enjoying an impressive run of games for City with England boss Southgate now closely monitoring his performances ahead of a potential recall.

City defender Stones last played for England against Montenegro in November 2019 and has not even made the squad for the last three get-togethers post-lockdown.

That is despite being a big favourite with Southgate who sees him as one of his first choice defenders when he is playing and on song.

Stones has struggled for form and confidence at City which has left him down the pecking order with Pep Guardiola in recent times.

But his revival in the last month has been very impressive as he looks good alongside Ruben Dias and his performances have caught Southgate’s eye.

Central defence is a particular concern for England ahead of the World Cup qualifiers triple header in March as they face San Marino, Albania and Poland.

Liverpool defender Joe Gomez is set to miss out because of a knee injury but Southgate is still looking for a first choice back three with Harry Maguire the only one seemingly an automatic pick.

Tyrone Mings, Eric Dier, Kyle Walker and Michael Keane are all in the mix for places in the back three but there can be no doubt that a fit and in-form Stones gets into Southgate’s squad ahead of next summer’s Euros.

Stones was an integral part of the 2018 World Cup campaign for his composure on the ball and now it seems he is firmly back in the frame again. 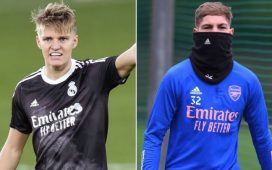 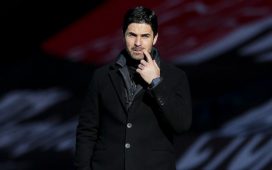 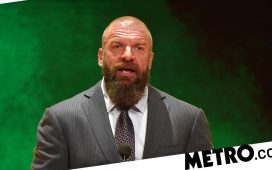 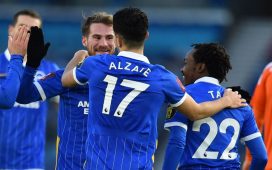