John Challis, best known for playing Boycie in Only Fools and Horses has died at the age of 79 after a long battle with cancer

Only Fools And Horses actor John Challis has died “peacefully in his sleep, after a long battle with cancer”.

The star, who was best known for playing Terrance ‘Boycie’ Boyce in the sitcom, was 79.

His family shared the sad news of his death.

John will also be remembered for his roles in Only Fools spin-off The Green Green Grass and Benidorm.

He began his TV career in 1967, starring in the likes of The Newcomers and Z-Cars.

Over the years, he also appeared in Coronation Street, The Sweeney, Doctor Who, Open All Hours and countless other shows.

He starred in a few movies in his time too, most recently in Dream and Subterrain in 2001.


John has sadly sadly at the age of 79

John’s family said in a statement: “It is with heavy hearts that we bring you such sad news.

“Our dear friend and yours, John Challis, has died peacefully in his sleep, after a long battle with cancer.

“He will always be loved for being ‘Boycie’ and leaves a great legacy of work that will continue to bring pleasure and smiles for many years to come.

“Please respect the privacy of John’s family and friends at this difficult time, and be assured that in the future there will be an occasion to celebrate John’s life – when everyone will be welcome to come along.”

They also said that donations in his memory can be made to his chosen animal charities Cuan Wildlife Rescue, Tusk or the British Hedgehog Preservation Society.

John was diagnosed with cancer in 2019
(

Their statement added: “As Boycie would have said… you know it makes sense!”

Earlier this month, it was announced that John had been forced to cancel several of his tour dates due to his ill health.

He had been diagnosed with cancer in 2019.

After the sad news of his death broke, tributes began pouring in.

The Three Degrees singer Sheila Ferguson tweeted: “I’ve been waiting for this for a few days now.

“It is with great sadness that I tell you that my dear friend, John Challis (Boycie from OFAH) has just passed.

“I’ve been in touch with his wife, Carol, who is obviously heartbroken, as am I. Much love, S.”

Strictly Come Dancing’s Richard Coles tweeted: “Oh no, @BeingBoycie has died! I only knew him on Twitter but he was lovely #RIPBoycie”

John got much joy from playing Boycie in Only Fools, which he starred in alongside Sir David Jason and Nicholas Lyndhurst.

He had released two autobiographies charting his career, called Being Boycie and Boycie & Beyond.

Charles married fourth wife Carol in Brighton in 1995. He didn’t have any children.

See also  Emilee Hembrow is every inch the doting mother as she cradles her newborn daughter Giselle Dream
Share on FacebookShare on TwitterShare on PinterestShare on Reddit
newscabalSeptember 19, 2021 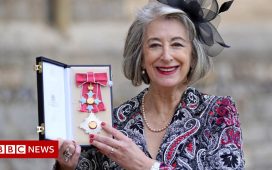 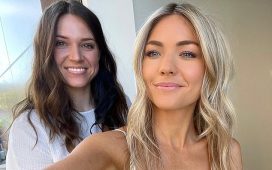 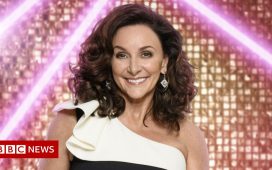