Johanna Konta won a first WTA title in four years on the grass courts of Nottingham, sparking hopes she might be recapturing her best form in time for Wimbledon, before her troublesome knee reared its ugly head again.

Konta, a former Wimbledon semi-finalist, has long been managing the injury and felt it was the right decision to withdraw from Eastbourne.

While she admits she will likely be dealing with the problem for the rest of her career, Konta says it will not affect her chances at the All England Club, where she harbours hopes of becoming the first British ladies singles champion since Virginia Wade in 1977.

‘My body didn’t feel like I should push it into the week of Eastbourne especially it being right before Wimbledon so I took the decision to do what it feels is best for my body and that’s about it,’ Konta, the British No. 1, said on Wednesday.

‘It is just to take care of my body and it’s no secret that I’ve had things wrong with my knee so it was just to give myself the best chance to recover well from Nottingham and give myself the chance to adapt even more to the grass and obviously leading into Wimbledon where I would be hoping to be for two weeks so it was more to look after my body more than anything.’

She added: ‘Will it be part of the rest of my career? Possibly. I do think I definitely have more longer stretches of it being very good and pain free.

‘I wasn’t pain free for the best part of two and a half years, so there are a lot of positive things. I do think I’m going to be managing this for quite some time. Hopefully I’ll kick it before I stop playing.

‘Sometimes it is sore when I play matches, sometimes it isn’t. It depends where it is, how acute it is at the time. I don’t really look to expend any energy on fretting about it or worrying about it.

Konta, a former world No. 4, arrives at her home Slam as the 28th seed, with coach Dan Smethurst, strength and conditioning coach Gill Myburgh and her fiance Jackson Wade, who is now also responsible for her PR, making up her on-site team.

While there is great uncertainty over how many more times her ccmpatriot Andy Murray will be seen at the All England Club, British fans should also be ready for life without Konta in the not too distant future.

Although she is four years Murray’s junior, Konta has spoken only about hanging up her racquet in the next couple of years but she will not be dwelling on that while she’s still active.

‘I don’t look at it like that,’ said Konta. ‘I enjoy playing, I’m putting the work in to try and play at my best level, I am showing up every day to do the best that I can and Wimbledon is another opportunity to do that.

‘I don’t look at it as a real life changing perspective or an important perspective. It’s another tournament that I have the privilege to play.

‘You get to be at Wimbledon, and we get to have Wimbledon back again this year so its just looking forward to the opportunity to play there.’

In two of the past three Wimbledons, Konta has been to the latter stages of the tournament, with her best effort coming in a run to the semi-finals in 2017 followed by a dash to the quarter-finals two years later.

Asked how she’s feeling in terms of form and fitness compared to previous years, she replied: ‘I would say loads better – because last year we didn’t play! It can only be better than last year.

‘But as for 2019 – so in general I don’t look to compare to two years gone or try to pre-empt anything.

‘But I am in a good space, I got to win a title on grass which I haven’t done before, and even in the previous years when I have done well at Wimbledon, it doesn’t guarantee that I will do well there.

‘But I have definitely given myself the best chance of being physically prepared and also that I have a few matches under my belt which is actually something I have not had for all of this year and obviously the majority of last year, so I’m grateful for what I have going into Wimbledon but I’m not judging myself by any means by comparing myself to years past, or anything.’

Konta will enter the Wimbledon bubble on Thursday as one of three British seeds, and one of eight women in the singles draw.

There are a further six Brits in the men’s singles, while a small cluster – including Anton Matusevich and Arthur Fery – could still yet qualify after winning runs in Roehampton. 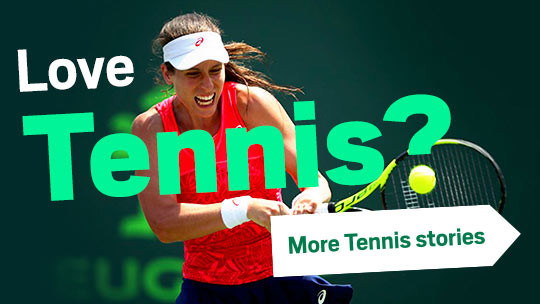 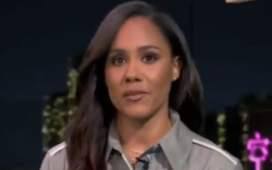 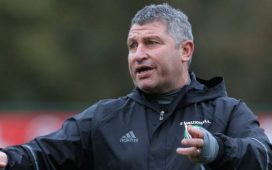