Graeme Swann has heaped praise on Jofra Archer after his stunning Ashes debut against Australia – and urged England to “wrap him in cotton wool to make sure he’s fit for the next 10 years”.

Archer turned in a remarkable debut performance in a rain-affected second-Test draw at Lord’s, with a visceral display of hostile fast bowling.

The wicked 92mph delivery which smashed Steve Smith in the neck and ultimately forced him out of the match with concussion proved to be the pivotal point of the game, but it was far from an isolated incident.

And Betfair ambassador Swann believes Archer’s stunning debut is evidence that he can become of the greatest bowlers within the next decade.

“At Lord’s, we saw how much of a potential match-winner Jofra Archer is and England need to wrap him in cotton wool to make sure he’s fit for the next 10 years,” he said.

“Fast bowlers like that don’t come along too often and we are the lucky ones because we’ve got him. We need to try and keep hold of him for as many years as possible.

“He was bowling on a slow, benign wicket at Lord’s and getting that sort of result. Had he bowled first on that day delayed by rain when England had to bat and it was doing a bit, who knows what could have been?

“I was speaking to Sir Viv Richards, possibly the greatest player of short, fast bowling the world has ever seen, and he was saying that the thing with Archer is that there is just no sign whatsoever that the bouncer is coming.

“All bowlers give off signs when they’re going to do something different, whether it’s putting extra effort in the action or there’s extra pace in the run-up.

“Those who can get it out with exactly the same action without the slightest difference in release point in the wrist and yet can still bowl quick enough to hit you are the difficult ones. Archer has that in abundance. That’s why he’s hitting some of the world’s best players like Hashim Amla in the World Cup or Steve Smith and Marnus Labuschagne in this game.

“You can’t always say what the sign is that they’re going to bowl a bouncer but you just pick things up without even knowing what they are.

“Everyone gives off signs, like poker players have tells, and only the best in the world are able to pick them up of their peers. Archer doesn’t seem to have a tell.”

Betfair Ambassador Graeme Swann was speaking following the launch of the new Betfair Exchange Campaign which showcases the different ways to bet on the Exchange and includes a  ‘How To’ hub .

For more from Graeme Swann head to:  https://betting.betfair.com/cricket/graeme-swann/ 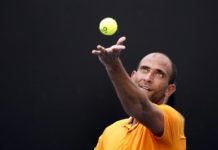